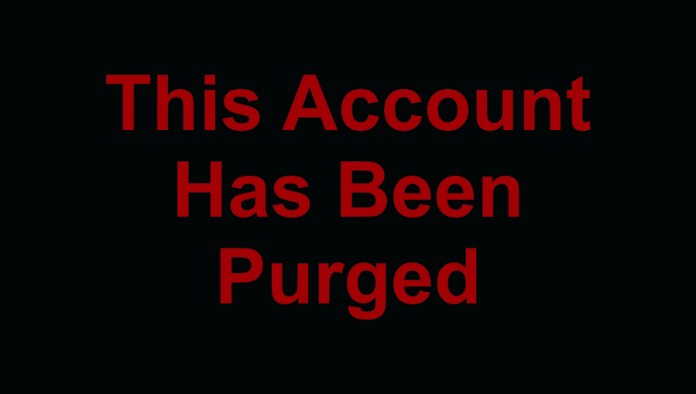 Former US Ambassador to the United Nations, Nikki Haley, sums up in a single sentence what should be obvious to everyone, but for some reason seems to escape most: “Silencing people, not to mention the President of the United States, is what happens in China, not our country.”

Silencing people, not to mention the President of the US, is what happens in China not our country. #Unbelievable


On Friday, President Donald Trump was permanently banned from Twitter, Facebook and Instagram. This, after a mob of rioters stormed the Capitol Building in Washington DC on Wednesday.

Even YouTube, also owned by Google, is getting into the act. A positive video message by the president urging the rioters to leave, saying “You have to go home now,” posted by another user, has been yanked. 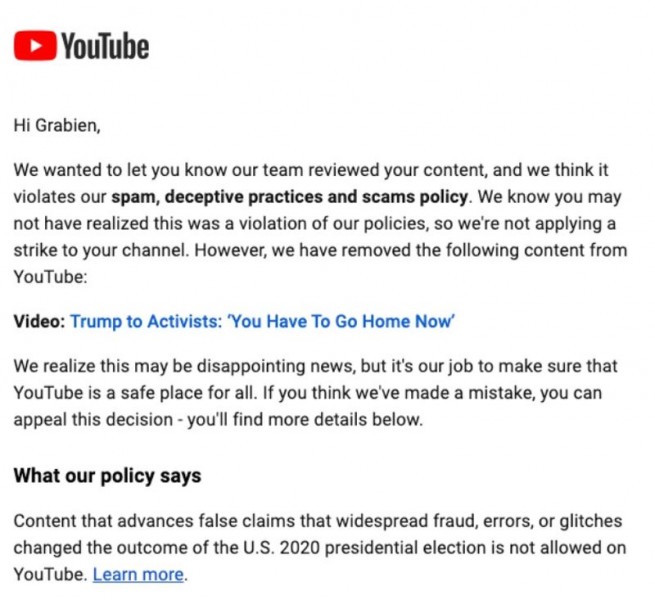 The owners of the above social media companies, in addition to the lion’s share of the Congress and at least part of the country believe the nightmare that led to the deaths of five people, including one Capitol Police officer and an Air Force veteran who was there to support the president, was caused by President Trump’s rhetoric at a rally held a few hours prior, and further fueled by some of his tweets.

There has been very little mention of the president’s statement that he will ensure a smooth transition of power of January 20th.

Almost no mention of Trump’s statement condemning the violence – yes, he did make a statement to condemn the violence. No one heard it.

But after working overtime to stop Trump from gaining a second term in office, using every instrument possible – including censorship such as blocking mention of and links to articles published by the New York Post – high tech and social media companies are now acting with impunity to censor just about every independent source of communication they can get their hands on.

They are working to censor voices that don’t agree with their narrative.

Everyone please take the time to watch this video and to SHARE it. It has important information regarding these “fact-checkers” who have culminated enough power so as to CENSOR and SILENCE a sitting President of the United States.

This is a global issue. pic.twitter.com/eoUet1vpoR

Conservative websites and bloggers have been reporting that large numbers of their Twitter followers have suddenly disappeared.

Ashe Schow at the Daily Wire lost at least 3,000 followers between Wednesday and Saturday (Jan.6-9), but that’s mere peanuts compared to former acting director of national intelligence, Richard Grenell, who lost nearly 100,000 followers in the same period. And there are more, including media accounts and those like Techno Fog, which published court documents and which lost many followers as well.

Twitter said in a statement to The Washington Examiner, quoted by the Daily Wire, that followers and their accounts were not really purged – they were just “challenged” to reconfirm all their identifying information. But until they do, their accounts are locked. Oddly, none of this seems to be happening to left-wing voices and their supporters.

The relatively new social media platform, Parler, has not censored the president – it is Parler’s policy not to censor anyone. Trump joined Parler last July; in the past 24 hours there has been a mass migration to the platform with hundreds of supporters abandoning Twitter for the new site.

Parler is available to access the platform directly through the browser even on a smartphone, or if you previously downloaded the app (for now).

CEO John Matze said late Friday that Google’s ban was “a horrible way to handle this.”

“Guess they arnt [sic] really concerned about the ‘violence’ that is against our rules anyway,” Matze wrote in a post on Parler. “If they actually cared, they would try to help. Not dump the app and send a break up public statement. What a horrible way to handle this.”

A spokesperson for Google told Business Insider, “In light of this ongoing and urgent public safety threat, we are suspending the app’s listings from the Play Store until it addresses these issues.”

The response from Apple was similar, with an Apple App Store Review displaying a comment from an Apple representative that said, “Your CEO was quoted recently saying ‘But I don’t feel responsible for any of this and neither should the platform, considering we’re a neutral town square that just adheres to the law.’ We want to be clear that Parler is in fact responsible for all the user generated content present on your service and for ensuring that this content meets App Store requirements for the safety and protection of our users. We won’t distribute apps that present dangerous and harmful content.”

Apple did not immediately respond to a request for comment. “Apparently they know what is best for you by telling you which apps you may and may not use,” Matze wrote, according to Business Insider.

What are @Apple and @GooglePlay doing about this? https://t.co/Upb2BxZOQZ

Cable News Media Joining the Censors
It’s not only Big Tech and Social Media. That’s only the beginning. It seems that cable news media are now getting into it as well, along with employee advocacy organizations.

A group of employees at Amazon is calling on the company to cut its ties with Parler after the riots in the Capitol last Wednesday. The group, Amazon Employees for Climate Justice, urged Amazon Web Services (AWS) in a tweet to “deny Parler services until it removes posts inciting violence, including at the Presidential inauguration.

“We cannot be complicit in more bloodshed and violent attacks on our democracy,” the tweet concluded, ” according to CNBC, which cited screenshots of posts on Parler by users referring to firing squads and calling on people to bring weapons to the presidential inauguration later this month. Both are violations of AWS acceptable use policy, which prohibits customers from using its services for “any illegal, harmful, fraudulent, infringing or offensive use.”

Tucker Carlson at Fox News pointed out with some irony Friday (Jan. 8) while interviewing Parler Chief Policy Officer Amy Peikoff that Google is applying a censorship standard to Parler that it is unwilling to maintain for itself.

Moreover, it’s not only Google, Apple, Twitter and Instagram: Amazon is also involved; “They provide server for us,” Peikoff said. “If they were to remove their services then we’d be down. As it is we’re having some difficulties now with the uptick in traffic but if they took their service away we’d be gone,” she said.

“A lot of people seem to want to pressure social media to do more to ‘moderate’, as they call it, content on their platforms. But that would require 24-hour surveillance and we don’t think that is consistent with the principles of America.

“How many Gmail accounts have been used to order plastic explosives? How many insurrections have been planned on Google?” Tucker Carlson asked rhetorically. The question makes sense. The mammoth search engine and linked email engine is the largest and most popular business and personal daily all-around assistance technology on the internet and supposedly the most secure. But countless terrorists have been able to order supplies, recruit new operatives and organize operations using the internet not only via Google, but also using Twitter, Facebook and even Instagram.

Despite Google’s contention years ago that the search engine is the most secure planetwide, this weekend’s events make it clear that is not the case. Google has joined the Big Brothers.

Silicon Valley and Big Tech are applying a completely arbitrary standard to Parler, “because they don’t like the politics of the people” who use the site, Tucker Carlson commented.

Who will be next?

CNN is Hoping to Kill Off Fox News
Tucker Carlson himself, his show and even Fox News channel are being targeted by prominent Democrats in a campaign led by CNN – the channel’s main competitor – to force Fox News off the air.

CNN is claiming that “Tucker Carlson Tonight” and other shows on the Fox News channel are “directly responsible for the violence at the US Capitol this week,” according to Fox News.

On Friday morning, CNN announced that it has contacted the six major cable companies in the United States which carry the broadcast signal into the homes in an attempt to pressure them into dropping Fox News from their menus.

Once it became okay to “purge” the President of the United States, nothing was off the table.

The concept of “purging” once upon a time used to be the purview of Communist China and Soviet Russia; clearly that is no longer the case. But as they discovered in the Soviet Union, such a movement tends to grow in unanticipated directions and sometimes faster than expected as well.

It would be wise for American Jews to remember that and review the full history of our brethren in the USSR as their new Big Brothers further develop their nationwide censorship sweep.

In just two more weeks, President Donald Trump will no longer be in the White House to provide a convenient target for the liberal multitudes to focus on. At that point, they will be searching for a new sacrificial lamb. 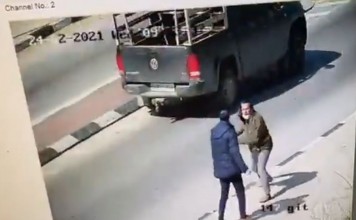 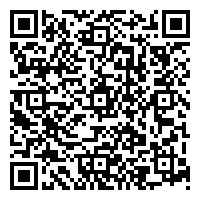