Alderperson Samantha Nugent of Chicago’s 39th ward has brought on the forced retirement of a senior Streets and Sanitation official who had been caught using an anti-Semitic insult about a local rabbi on a voicemail, Block Club Chicago reported on Thursday.

Nugent on September 14 reported her ward superintendent, Andrew Szorc, to the city’s Department of Human Resources, after a rabbi residing in her ward had informed her about a disturbing voicemail he had received from Szorc on August 31. According to Block Club Chicago, Szorc was trying to reach this rabbi who works at a local school to talk about removing trash and weeds from the school grounds. After leaving a message on the rabbi’s voicemail, Szorc did not hang up and was recorded on the same voicemail saying to a person near him, “Yeah, yeah, I left two messages for [unintelligible]. He didn’t call me back. [expletive] Jew.”


Not something one should say on tape in Chicago. The rabbi who got the voicemail shared it with another rabbi (there’s no shortage of rabbis in Chicago, and they’re all online), and together they alerted their alderperson.

According to the Office of the Inspector General’s report, when they interviewed Szorc, he admitted it was him on the voicemail, but excused himself because he had recently suffered a stroke that affected his speech, and what he probably meant to say was “[expletive] Jewish school,” not “[expletive] Jew.” Because the school hadn’t been returning his calls (2 of them.)

The Inspector-General determined that Szorc had violated the city’s anti-discrimination policy, especially since he was working when he made the call.

According to Block Club Chicago, the Inspector General’s office delivered its recommendations on December 21 to the Dept. of Streets and Sanitation, but, lo and behold, Szorc, who worked for the city since 1984, had taken a leave of absence one day before, on December 20, which he stretched out to his retirement day last February.

Block Club Chicago interviewed Agudath Israel activist Rabbi Shlomo Soroka, who said Alderperson Nugent was an ally of the Jewish community, and that said community was offended by Szorc’s comments and was happy to see him leave. At the same time, Rabbi Soroka cautioned that the whole thing shouldn’t be blown out of proportion or politicized. There have been “far more egregious” antisemitic incidents, he said. 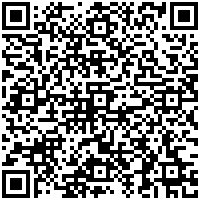