“America has always been a kingdom of grace, but President Trump himself is a king of kindness,” said the Sephardi Chief Rabbi of Israel Rabbi Yitzhak Yosef, at a reception held in honor of the American delegation that landed in Israel on Sunday, with Ivanka Trump and her husband Jared Kushner, at the Waldorf Astoria Hotel in Jerusalem, ahead of the transfer of the US Embassy to the capital.

“Fifty-one years ago, we broke through the walls, lowered the barriers, so that Jerusalem would become a whole city of peace and unity, where every person would find his place,” Chief Rabbi Yosef said. “On such a day, which is entirely made of thanksgiving to the Holy One, there is no more appropriate thing to do than to thank the special relationship that the State of Israel has earned with the United States.”

The Chief Rabbi added: “For years Israel has been fighting for justice, for the truth… Not an easy war against a world of hatred and evil, against incessant anti-Semitism… But in the end the truth must come out. We were granted a president who knows this truth without reservation, who declares to all peoples and religions: Jerusalem is the capital of Israel.”

At the end of the Chief Rabbi’s speech, the daughter and son-in-law of President Trump approached him and asked for his blessing. The Rishon Lezion asked the couple to convey the thanks and appreciation of the people of Israel for the transfer of the embassy to Jerusalem. 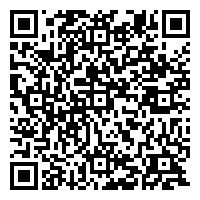