A police officer in Hollywood, Florida was shot and killed Sunday night in a struggle with an armed robber in Emerald Hills, home to the largest Jewish community in the city. The neighborhood is located near the Club at Emerald Hills golf course.

Officer Yandy Chirino, 28, was shot in the face by a teen on juvenile probation after responding to a burglary in the 4000 block of North Hills Drive,” multiple news outlets reported.


Jason Banegas, 18, had a record of several prior arrests dating back to age 12. He been released from Crestview Youth Academy, a secure, low-level substance abuse facility for children in North Florida, just 30 days earlier.

During his confrontation with Officer Chirino, he was carrying a stolen Glock 43x 9mm semi-automatic handgun in his pants, according to an arrest warrant released Tuesday. The gun was stolen during a vehicle robbery on September 14, the affidavit said.

Banegas told investigators he was “being disrespected by the officer and panicked because he was carrying a concealed firearm and did not want to go back to jail,” the affidavit said.

“I am going to hold him no bond based on these allegations that the victim officer was shot in the face which led to his ultimate demise during the struggle with Mr. Banegas,” Judge Tabitha Blackmon ruled in Broward bond court.

Banegas was booked into the county jail Monday evening, shackled and dressed in a suicide-prevention smock.

Chirino had been with the department only four years – but in that time he earned several commendations and in June 2020 was named Officer of the Month, CBS Local News 4 reported.

“Your son selflessly offered himself to law enforcement,” Hollywood Police Chief Chris O’Brien told Chirino’s family. “The pain extends here to the brothers and sisters at the police department. Too often we take for granted or minimize the dangers.”

Banegas is charged with armed burglary, battery on a law enforcement officer, carrying a concealed firearm violation, grand theft of a firearm, resisting with violence, and first-degree murder. 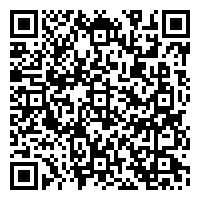