Anat Kimchi, 31, a doctoral candidate at the University of Maryland, was stabbed to death by a homeless person in Chicago’s Loop last Saturday.

Kimchi was a doctoral candidate in the Department of Criminology and Criminal Justice.


According to Chicago police, Kimchi was walking on a sidewalk around 4 PM on Saturday near South Wacker Drive and West Van Buren Street, when a man approached her, pulled out a knife and stabbed her in the back. The assailant fled the scene and Kimchi was taken to a hospital where she was pronounced dead.

Chicago Mayor Lori Lightfoot said Monday that police are searching for the suspect. “We know who he is. We’ve got good film of him. We believe he’s a homeless individual,” the mayor said.

Gary D. LaFree, chairman of the Department of Criminology and Criminal Justice at the University of Maryland, said, “Anat was already a notably accomplished scholar, but more importantly she was a remarkable woman who was beloved by friends and family.”

The Kimchi family issued a statement saying, “We are mourning the loss of Anat.”

Kimchi is the daughter of Avi and Hava Kimchi, Israelis who came to the US about 20 years ago and lived in Rockville, Maryland. 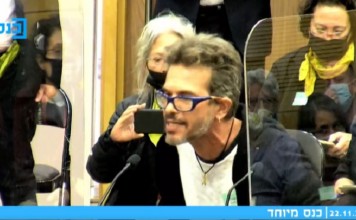