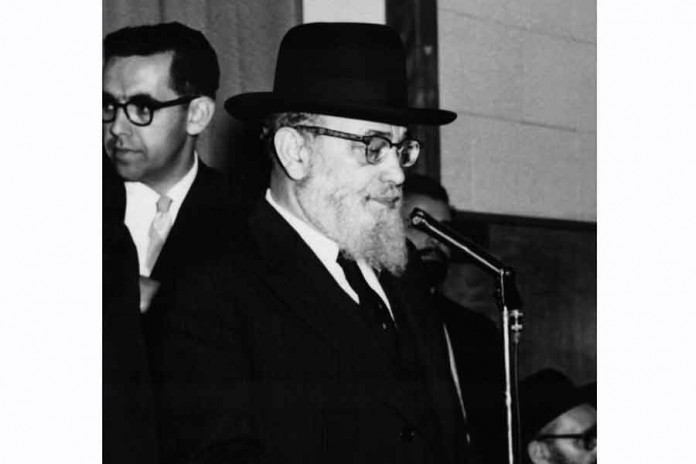 Rav Yaakov Ruderman, whose 34th yahrtzeit is this week, was the founding rosh yeshiva of one of this country’s most important yeshivas, a leader of the American Torah community and one of the greatest talmidei chachamim to live in the United States.

Yaakov Yitzchok Ruderman was born in March 1900 in the Czarist Russian village of Dolinov near Minsk (Belarus). His father, Rav Yehuda Leib, taught in the town’s cheder. Little Yaakov was a genius with a photographic memory who memorized Tanach and many talmudic tractates while still a child. Rav Yehuda Leib, though a Lubavitcher chasid, sent his son to learn in the yeshiva in Slonim following the latter’s bar mitzvah. After six months, the young student switched to the famed Slabodka Yeshiva, Knesses Yisroel.


The young Ruderman became a very close talmid of Rav Nosson Tzvi Finkel, the Alter of Slabodka. The Alter (literally “the elder,” but used as a term of veneration) was an enigmatic mussar personality. He founded the yeshiva, ran the institution and propagated mussar among its talmidim.

Shortly after Rav Ruderman arrived at the yeshiva, the Jews of the region were expelled by the czar due to the encroaching German armies. The yeshiva relocated to Minsk and subsequently to Kremenchug, Ukraine. Though only a young teen, the young Ruderman did not attend shiur, but instead learned Shas with commentaries on his own. The ilui was tested weekly on the material by the rosh yeshiva, Rav Moshe Mordechai Epstein.

When he was 15 years old, Rav Ruderman’s father died. The Alter intercepted the letter with the news, keeping young Yaakov in the dark. The Alter decided that it was a bigger aliyah for the neshama of the niftar for the budding prodigy to complete his project of memorizing the entire Shas than to sit shiva and recite Kaddish.

Following World War I, a civil war broke out between the Whites (Nationalists) and the Reds (Communists), during which Rav Ruderman barely escaped death. In 1920, in the face of Communist persecution, the Slabodka Yeshiva students and faculty surreptitiously crossed the border into the new country of Lithuania and returned to the original building in Slabodka. Rav Pinchas Teitz (mara d’asra of Elizabeth ) told this writer that when he came to Slabodka Yeshiva, Rav Ruderman was known as the “Amkan of the yeshivah,” or the talmid who had the greatest in depth understanding of entire Talmud.

In 1924, Rav Ruderman married Rav Moshe Mordechai Epstein’s niece, Feige Kramer. Following his marriage, Rav Ruderman learned in the elite Kovna Kollel and did shimush, or apprenticed, with the renowned Kovno Rav, Rav Avraham Dovber Kahana Shapiro. In 1926, the Rudermans’ only child, Chana, was born. After completing his five-year learning stint in the kollel, Rav Ruderman was convinced by Rav Meir Berlin to devote his life to teaching talmidim.

In 1930, he joined his father-in-law as associate rosh yeshiva of a small struggling yeshiva gedolah in Cleveland. The yeshiva failed, and in 1933 Rav Ruderman came to Baltimore with four talmidim. Baltimore’s chief rabbi, Rav Avrohom Nachman Schwartz, obtained a rabbinic position for him and the shul housed the new yeshiva. Rav Ruderman named the yeshiva Ner Israel in memory of Rav Yisroel Salanter and the Chofetz Chaim. The yeshiva grew to 30 students by 1937 and 60 students in 1939. It was the first successful yeshiva in the U.S. outside New York City.

With Ner Yisroel, Rav Ruderman aimed to create a yeshiva for American boys with the flavor of the Lithuanian yeshivos, particularly Slabodka. He taught his talmidim how to learn (talmudic methodology) and guided and encouraged them in their learning and development. Rav Ruderman nurtured talmidei chachamim, especially through modeling proper conduct for them. He was always learning, often reviewing the contents of entire sefarim in his head. Rav Ruderman possessed an encyclopedic knowledge of the vast corpus of Torah literature and knew by heart Bavli, Yerushalmi, Shulachan Aruch with its commentaries, many Rishonim and Achronim, Kabbalah, plus many obscure sefarim.

Rav Ruderman was also a bibliophile who possessed a very large library, the contents of which he was fluent. Additionally, he was a baal mussar, a genuine devotee of the mussar movement. Besides instituting a daily mussar seder, he hired as mashgiach ruchani, Rav Dovid Kronglas, a strong old-school mussar personality. In Rav Ruderman’s old age, even when in poor health, he still delivered periodic mussar shmussen to the yeshiva. In modeling midos tovos for his talmidim he was dignified and yet humble, exemplifying kavod haTorah, and always attending the guest shiurim of visiting talmidei chachamim, even when not well. He was kind, considerate, sensitive and grateful.

Rav Ruderman was always involved in Jewish communal affairs, functioning as head of the Vaad Harabanim of Baltimore, as chairman of the Vaad Haroshei Yeshivah of Torah Umesorah, and as an active member of the Moetzes Gedolei HaTorah of Agudas Israel. He inspired his students to follow his example. A disproportionate number of Ner Yisroel alumni have become Jewish educators, communal rabbis and kiruv professionals. Many of Rav Ruderman’s talmidim also became learned professionals.

As Rav Ruderman explained to Professor William Helmreich in a January 1978 interview, “College gives a person parnossah. We find that our boys stay with learning longer this way. They don’t have to kill themselves for a job. Anyway, in business, you have less time to learn than if you’re a professional.”

Rav Ruderman served as rosh yeshiva of Ner Israel for 54 years, a rare accomplishment. The deep esteem for Rav Ruderman in the Torah world was evidenced in his being honored with delivering the first eulogy at Rav Moshe Feinstein’s massive funeral in New York City. When Rav Ruderman passed away a year later in 1987, the yeshiva had over 600 students and was located on the largest yeshiva campus in America. Rav Ruderman was succeeded by his son-in-law and assistant rosh yeshiva, Rav Yaakov Weinberg. 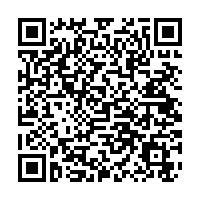