The fallout from anti-Semitic social-media posts by Philadelphia Eagles wide receiver DeSean Jackson has prompted Jewish organizations not only to weigh in on the matter, but to apply pressure on the Eagles team itself.

Earlier this week, Jackson was accused of anti-Semitism for promoting a quote falsely attributed to Adolf Hitler and featuring posts praising Nation of Islam leader Louis Farrakhan, who has an extensive history of anti-Jewish rhetoric.


It caused an immediate uproar, leading members of the Jewish community, many of them in Philadelphia, to circulate a petition to remove DeSean Jackson from the team. As of July 10, it has almost 3,700 signatures and was pressing for more.

In a joint statement, the Anti-Defamation League, the American Jewish Committee, the Jewish Federation of Greater Philadelphia, the Jewish Federation of Southern New Jersey, the Philadelphia Holocaust Remembrance Foundation and the Pennsylvania Jewish Coalition applauded “the Eagles organization for speaking out forcefully against the posts and urging Mr. Jackson to apologize.”

They also appreciated “Mr. Jackson’s apology and his removal of the offensive posts. We hope that he will take this opportunity to work with the Jewish community and become educated about how dangerous and pernicious anti-Semitism and all forms of hate are.”

Jackson apologized on Tuesday for promoting a quote falsely attributed to Hitler.

Also on Tuesday, the Eagles released a statement posted on the team’s Twitter account. The team said it has spoken with Jackson about the posts, calling them “offensive, harmful and absolutely appalling.”

The team said it is “continuing to evaluate the circumstances and will take appropriate action.”

In a statement on Tuesday, the NFL said, “DeSean’s comments were highly inappropriate, offensive and divisive and stand in stark contrast to the NFL’s values of respect, equality and inclusion. We have been in contact with the team which is addressing the matter with DeSean.”

Jackson later issued a second apology, which was aimed at Lurie, Roseman, Eagles coach Doug Pederson (who is not Jewish), the football organization and its fans, “for the insensitive and ill-informed posts that I shared on my social media.”

‘Actions must speak louder than his words’

In a formal response to the situation, the Jewish Federation of Greater Philadelphia told JNS, “The anti-Semitic comments DeSean Jackson expressed on his Instagram were insulting and absolutely indefensible. Our local Jewish community was deeply hurt and offended by his comments. In the last few days, DeSean, a star player for our NFL team, the Philadelphia Eagles, has apologized and expressed his desire to work with our Jewish community to better educate himself about the Jewish Holocaust. This is truly a teachable moment that can have great impact, as what comes after an apology needs to become a meaningful part of positive change.

“All public figures who utilize their influence on social media, regardless of intent, to perpetuate language that reinforces these myths and stereotypes must learn how to communicate better these issues. At a time when hate crimes against Jews are again on the rise, along with a national reckoning on racism, we believe it is vitally important to build bridges between the black and Jewish communities, and unite in our shared goals to end systemic oppression and realize equality for all.

“DeSean’s actions must speak louder than his words. When he returns to Philadelphia, we will honor his request to connect with us, so that he can start a dialogue with the Holocaust survivors in our community and enable all of us to come together in a shared effort to learn from each other and move forward.”

While some, including former NBA player Stephen Jackson (no relation), and ESPN analysts Shannon Sharpe and Stephen A. Smith have come to Jackson’s defense, others have rebuked him, including New England Patriots wide receiver Julian Edelman, who has Jewish ancestry, and Zach Banner, offensive tackle for the Pittsburgh Steelers.

For his part, Jackson has accepted an invitation to tour the Horwitz-Wasserman Holocaust Memorial Plaza in Philadelphia.

And on Thursday, Edelman offered to accompany Jackson to the U.S. Holocaust Memorial Museum in Washington, D.C.

“Afterwards, we grab some burgers and we have those uncomfortable conversations,” said Edelman in a video that was posted online. “This world needs a little more love, compassion and empathy.”

“Anti-Semitism is one of the oldest forms of hatred. It’s rooted in ignorance and fear.” @Edelman11 responds to DeSean Jackson’s social media posts, and offers to go with Jackson to the Holocaust Memorial Museum and Museum of African American History and Culture in D.C. pic.twitter.com/oYQRoE67Jn 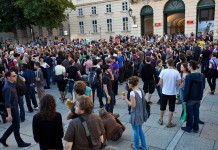 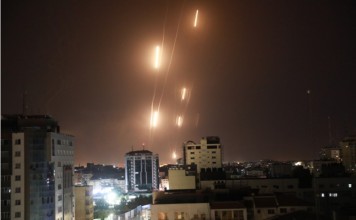 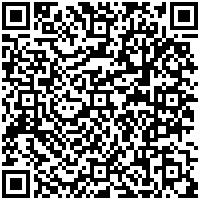