Oren Segal, VP of the ADL Center on Extremism, on Sunday tweeted an image of white supremacists giving a Nazi salute on a highway overpass, standing over a banner that reads “Kanye Is Right about the Jews.”

What’s Kanye right about? A few days ago, we reported that Ben Shapiro said the recent wave of antisemitic rants by Kanye West—who now goes by “Ye”—resemble Nazi propaganda (Ben Shapiro Says Kanye West is Spouting Antisemitism that Resembles Nazi Propaganda). Shapiro was responding to West’s latest remarks—in which the rapper told NewsNation’s Chris Cuomo that a “Jewish underground media mafia” is targeting him. Shapiro said that West is spouting “Der Stürmer-type antisemitism, and that is about as ugly as it gets, and nobody should be defending that.”

This group often live-streams their activity for donations (as they did yesterday in Los Angeles), including confronting and harassing Jews. This video further explains ?https://t.co/QvUShxKLfT pic.twitter.com/f1kKlvlVly

In the same interview, Ye claimed that “every celebrity has Jewish people in their contract,” and that his life was threatened by his Jewish managers, lawyer, and accountant because of his politics.

His politics, you may recall, has most recently been spread on a line of T-shirts with the slogan “White Lives Matter,” and while being true, the slogan disses real Black protest against police brutality in America’s ghettos. So, Ye insults every minority group, to the delight of those neo-Nazis on the overpass.

But, lo and behold, according to Segal, “The Nation of Islam and extremist Black Hebrew Israelite sects have defended Ye’s statements about Black people and Jewish identity and used the opportunity to promote antisemitic claims and conspiracy theories. White supremacists have expressed their delight at Ye ‘naming the Jews,’ and defended Ye’s right to free speech.”
Yeah…

Sam Yebri, a lawyer and former Anti-Defamation League board member who lives in Westwood and is running for the LA City Council from the 5th District, tweeted on Sunday: “My neighbors and I woke up to this antisemitic flyer at our homes. This antisemitic banner was on the 405. Antisemitic flyers were left on cars last week at the Grove and in Pico Robertson. The silence of the press and our elected officials and other candidates is deafening.”

Yebri told the LA Times on Sunday: “It’s not just words, there is clearly a connection to white supremacy and neo-Nazi movements.” He added that the demonstration on the bridge and the fliers were parts of many antisemitic incidents in the city in recent weeks.

Segal reported that after Ye wore a “White Lives Matter” shirt at the Paris Fashion Week, the white supremacist network issued a call to action, calling on members to “capitalize on this situation as much as possible, to reach as many of our people as possible with our message.” 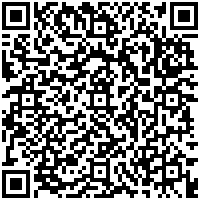