Bishop Robert McManus of the Diocese of Worcester in central Massachusetts on Wednesday announced that the local Nativity School, a middle school, may no longer call itself Catholic because it flies the Black Lives Matter and Pride flags, The Boston Globe reported.

On April 3, McManus asked the Nativity School to remove the Black Lives Matter and gay pride flags from their flagpole.

“The flying of these flags in front of a Catholic school sends a mixed, confusing, and scandalous message to the public about the Church’s stance on these important moral and social issues,” McManus wrote and decreed that effective immediately, Nativity is prohibited from identifying itself as a Catholic school. He also ruled that Mass and sacraments may no longer be offered on the school premises, as well as in events elsewhere in the Diocese that are sponsored by Nativity.

According to McManus, the Black Lives Matter flag has been appropriated by “factions which also instill broad-brush distrust of police and those entrusted with enforcing our laws,” and gay pride flags “are often used to stand in contrast to consistent Catholic teaching that sacramental marriage is between a man and a woman.”

McManus added: “We must reject racism and love those with whom we disagree, but the flag-flying goes too far.”

Can we hire this guy to lecture our rabbis on standing up to political bullies?

Nativity school President Thomas McKenney issued a response, saying: “The flags simply state that all are welcome at Nativity and this value of inclusion is rooted in Catholic teaching. Though any symbol or flag can be co-opted by political groups or organizations, flying our flags is not an endorsement of any organization or ideology, they fly in support of marginalized people.”

McKenney explained that these flags fly at the request of about 60 mostly Black and brown students from disadvantaged backgrounds. The Nativity school plans to appeal McManus’s decree with the Jesuit order that supervises the school, and the appeal is expected to go all the way to Rome.

In 2007, McManus criticized the College of the Holy Cross in Worcester for renting out “sacred space” to the Massachusetts Alliance on Teen Pregnancy for workshops. He said the Alliance’s material violated the teachings of the Catholic Church. On October 10, 2007, he stated that the college might lose its designation as a Catholic institution. Holy Cross President Michael McFarland said the college had contractual obligations to the Alliance and would not cancel the rental.

In April 2012, McManus asked Anna Maria College in Paxton, Massachusetts, to rescind an invitation to Victoria Kennedy, the widow of Senator Ted Kennedy, to speak at its commencement ceremony, citing her views on abortion rights and same-sex marriage. The college disinvited Kennedy but retaliated by rescinding its invitation to McManus to deliver the commencement address.

On May 4, 2013, McManus was arrested in Narragansett, Rhode Island for drunken driving, leaving the scene of an accident, and refusing a chemical sobriety test. He later apologized, saying: “I made a terrible error in judgment by driving after having consumed alcohol with dinner. There is no excuse for the mistake I made.” 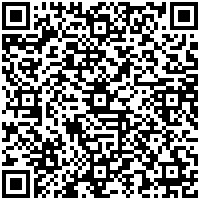