On Monday afternoon ET, Anne Neuberger, US Deputy National Security Advisor for Cyber and Emerging Technology warned the American business community to beef up its defenses against Russian cyber attacks.

Neuberger, appointed in July 2019 to head the Cybersecurity Directorate being created at the US National Security Agency, told reporters at a White House briefing Monday (March 21), that government cyber security personnel were seeing “some preparatory activity” that indicated a possible threat.

It was for this reason, said the Sabbath-observant native of Boro Park, her department held a classified briefing last week with companies “we thought might be affected.”

She added, however, that there is “no certainty there will be a cyber incident on critical infrastructure.”

Nevertheless, she said, it was important to realize that the majority of critical infrastructure in the US is “owned and operated by the private sector.”

With some exasperation, she noted that despite repeated warnings from the government to the private sector about the risks, “we continue to see adversaries compromising systems that use known vulnerabilities, for which there are patches. This is deeply troubling, so we’re urging companies to take the steps within your control. . . and to use the resources the federal government makes available.”

Neuberger emphasized that, “As the president [has] said, the the United States is not seeking confrontation with Russia, but he has also said that if Russia conducts disruptive cyber attacks against critical infrastructure, we will be prepared to respond.

“The steps that are needed to lock our digital doors need to be done across every sector of critical infrastructure,” she added. 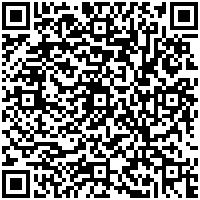