One police officer and three civilians were killed, and two additional police officers and a civilian were wounded on Tuesday afternoon in a shooting that began in a cemetery and ended in a kosher supermarket.

New Jersey undercover police officers “may have been” responding to a drug deal when the shooting began at around 12:30 pm Tuesday in Bay View Cemetery.

The deceased police officer, 39-year-old Detective Joseph Seals, was married, a father of five children and a 15-year veteran of the force.

The three civilians — workers and customers — died in the kosher supermarket, police said, as ambulances lined up to receive the wounded and the dead. The two shooters also died there.

The two suspects, initially believed to be a man and a woman, were subsequently confirmed by Jersey City Police Chief Michael Kelly to be two men. They were armed with “high powered rifles” and fired “hundreds of rounds of ammunition,” he said. They began their shootout with the police officers in the cemetery and then ran into the nearby JC Kosher Supermarket at 223 Martin Luther King Drive where they murdered three civilians.

Hundreds of federal agents, New York and New Jersey state and local police officers, SWAT teams and other personnel surrounded the store, located next to a synagogue and small yeshiva. NYPD also sent its armored Emergency Services Unit (ESU) and several other units as well.

President Donald Trump was briefed on the situation; once events resolved, he tweeted his condolences to the families of the deceased and support to the wounded and to the rest of the community. He also vowed to continue to monitor the situation and to provide assistance to local authorities as needed.

Just received a briefing on the horrific shootout that took place in Jersey City, NJ. Our thoughts & prayers are w/ the victims & their families during this very difficult & tragic time. We will continue to monitor the situation as we assist local & state officials on the ground.

Some 43 schools in the local area were placed on lockdown; Sudan Thomas, president of the Board of Education told ABC News that all of the 30,000 children were safe and accounted for; the children were not released until close to 5 pm.

We need a lot of prayers right now for Jersey City officers. Keep all those involved in your thoughts.

Police departments from numerous areas around New Jersey responded to the situation in support of their fellow officers. “Officer down” means an immediate response from numerous others — anyone in the area, in fact — and sometimes even those from across state lines. The “thin blue line” knows no border.

New Jersey State Police say they deployed canine units, the bomb squad, aviation units and tactical squads among other resources to the scene. The NYPD’s Emergency Services Unit was also deployed to assist.

The police chief said at a late news conference that thus far there’s “no inkling what the motive was yet.” He had high praise for his officers, calling them “brave” and pointing out that they “continued to take gunfire for hours” while keeping everyone safe in a neighborhood that “has had challenges, but is up and coming now.” He also had high praise for the NYPD, saying “those folks are the best in the business.”

The area in which the attack took place is known as a “tiny budding Hassidic Jewish neighborhood.” The store, located next to a synagogue and yeshiva, is a local kosher supermarket for Jews in the neighborhood, referred to as a “bodega” by gentiles who simply knew the grocery as a great place to shop. Police have sealed it off for evidence collection for the time being. 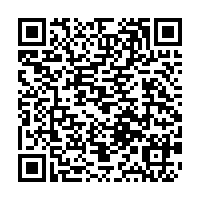