The 239th legislative session kicked off with Senate passage of the controversial Education Investment Tax Credit (EITC) and a prayer by Rabbi Dr. Elliot Cosgrove, spiritual leader of the Park Avenue Synagogue in Manhattan, prior to the governor’s State of the State and budget message.


“No different than the Israelites of old we too gather to build on our past, to take on the challenges of our time and to look toward new beginnings,” Cosgrove told the packed house of several hundred attendees and thousands watching via the Internet.

“We too seek to break cycles of poverty. We too understand our mission as one of helping a diverse humanity assert, sustain and defend their infinite self-worth.”

The four-minute speech offered by the rabbi was no match to the 90-minutes Governor Andrew Cuomo took to reminisce about his five years in office and to outline his vision for the next year and beyond. Cuomo presented a $145 billion budget, a 1.7 percent increase over this year’s budget, which lobbyists and advocates contend is not enough to satisfy their needs. Cuomo said the State of the State is “strong” and he dubbed his remarks “Built to Lead.”

The battle to help parents who send their children to private and parochial schools is back on with the powerful teachers’ unions and liberal social action groups strongly opposing the Earned Income Tax Credit (EITC).

Senate Republicans took the opportunity, as the first order of business, to pass the same measure they did the past three years. Senate Education Committee Chairman Carl Marcellino (R – Syosset, Nassau County) says the principle behind this bill is simple.

“It would allow people who have children in private schools to make donations to the private schools and get a credit for it or to write something off their taxes to try to help them out because they are paying full-blown taxes on their property taxes for the public schools which they are not using so they should get a break, we feel,” Marcellino told The Jewish Press.

Marcellino, a proponent of the bill, also understands the opposing arguments.

“It’s not a smart idea,” Karen Magee, president of the powerful New York State United Teachers union, told The Jewish Press exclusively. “It doesn’t make sense. It was a foolish idea last year. It’s a foolish idea this year. Parents are deciding to leave public education and to make decisions, which they have every right to do on behalf of their children, but the public should not then incur the cost to do so.”

The unions are not the only ones opposing this.

“I have a problem with the EITC on constitutional grounds,” former Brooklyn district attorney Elizabeth Holtzman told The Jewish Press. “I believe it would violate the separation of church and state.”

New York City Mayor Bill de Blasio told The Jewish Press that “We have a long way to go with the school system in New York City to break down a status quo in which many kids do not get the education they deserve. I believe fundamentally that’s where the resources need to go.”

But when it comes to educating inmates with public funds diverted from public education, money is not a question for de Blasio, who says he supports the governor’s plan, dubbed Con Ed, in an attempt to reduce the recidivism rate. 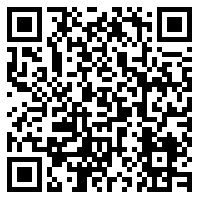