Switzerland and the terrorist Palestine Liberation Organization (PLO) agreed on a secret deal back in 1970, whereby the latter would no longer carry out bloody attacks against the Swiss, Neue Zürcher Zeitung (NZZ) reported Wednesday. According to the report, a delegation led by Foreign Minister Pierre Graber met senior PLO officials in Geneva to negotiate a pact offering diplomatic support for the Palestinians and their cause in return for assurances there would be no more attacks.

Palestinian terrorism in Switzerland began in February 1969, when a PLO squad attacked an El Al plane in Zurich killing one of the crew members. Three terrorists were arrested and sentenced to life in prison. One year later, in February 1970, George Habash’s Popular Front for the Liberation of Palestine (PFLP) blew up a Swissair plane in mid flight killing 47 passengers and crew, including 15 Israelis. The plane fell only 900 yards from a Swiss nuclear research reactor. And on September 6, 1970, a Swissair plane on its way to the US was hijacked. Three other planes were hijacked at the same time, including an El Al flight, the only one where the hijackers were subdued.


So the Swiss had a lot at stake and a serious motivation to try to be spared from new attacks.

The first contacts between the Swiss minister and the Palestinians, according to NZZ, was initiated by Jean Ziegler, a controversial leftwing member of the Swiss parliament at the time and a professor of sociology at the University of Geneva and the Sorbonne, Paris, who nowadays serves as member of the Advisory Committee to the United Nations Human Rights Council.

The talks had to remain clandestine, so as not to create a diplomatic crisis with the United States, Britain, Germany and Israel, according to the newspaper report. And full details of the agreement are still locked away under a 50-year statute of limitations. But NZZ insists there was a deal and it was as shameful as they come. Ziegler connected the PLO with FM Graber, who was member of his party, and they came up with four guarantees:

The Swiss released the terrorists who only one year earlier had been sentenced to life in prison.

The Swiss got the PLO an observer’s status at the UN Geneva agencies.

And, most important, the Swiss became permanent PLO hostages, since at any time Chairman Arafat could expose them to the world as the cowards they were. Over the years the PLO has taken full advantage of this, under the double threat of revealing the deal and renewing terror attacks. To this day the extent of the Swiss service and capitulation to the PLO is not fully known.

And there was the matter of Farouk Kaddoumi, Secretary-general of Fatah’s central committee, whose relative had been charged with blowing up those 47 Swissair passengers in February 1970. But then, overnight, the charges were dropped.

Diplomatic Documents of Switzerland (DDS), a research project that edits important documents on Swiss foreign relations and contemporary history, on Wednesday pooh-pooed the importance of those reported contacts between Switzerland and PLO officials. “The Graber talks in Geneva in September 1970 have not been known before, but they are unlikely to have had a decisive impact on further developments in relations between Switzerland and the PLO,” they said in a statement. They insist they found no trace of the Geneva meeting in official documents.

And they say they doubt Swiss closer official ties with PLO representatives in the mid 1970s were directly connected to the alleged secret deal. But they did find official documents saying the Swiss government was very much interested in letting the PLO set up an office in Geneva to “reduce the danger of terror attacks in Switzerland.” 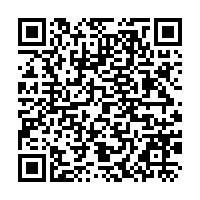