Anyway you look at it, February was a tough month for Governor Andrew Cuomo. On the frustration meter his reading was off the charts.


Just about every time he claimed a success for an initiative to help New York state economically, something came up to destroy the euphoria. One example that immediately comes to mind is the deal that would have brought 25,000 jobs to an industrial section of Queens courtesy of Amazon owner Jeff Bezos.

To lure Amazon to the New York City borough, state officials promised Amazon $1.2 billion in tax credits through the Excelsior Jobs Program, if the jobs goals are met. Mayor Bill de Blasio promised to kick in an additional $2.5 billion from New York City as-of-right credits. Amazon promised to build a new school and provide many other quality of life amenities.

Here are the problems: The hush-hush deal was made without input from local community boards and state and city officials. There is only approximately $1 billion left in the state tax-exempt program, which expires in 2030. Administration officials would have to go back to state lawmakers to increase the pot of money available for the jobs program for companies across the state to take advantage of the same benefits as Amazon.

At a recent budget hearing focused on economic development issues, state lawmakers told New York’s economic development czar Howard Zemsky that using so much of what is left in the Excelsior Jobs Program would crowd out many other companies that could potentially use the same tax credits.

“I would think the Legislature would want to increase the availability of tax credits over time,” Zemsky said. “We have a fairly positive return. Whatever you want to call it – credit, cost – it is how you want to define it but it has a tremendous economic development impact. The Excelsior tax credit is our bread and butter economic development tax credit which has very much paid for performance and I think has had a positive impact.”

In other words, the governor promised Amazon tax credits from a program where state lawmakers have not yet agreed to increase the ceiling or cap.

Lawmakers were also concerned about Amazon’s resistance to allow its workers to unionize.

“Amazon is respectful of what the employees want, whether to unionize or not,” according to Zemsky.

“It is to be determined,” Zemsky told lawmakers. “There won’t be a need for any capital funds of consequence for the next couple of years.”

Now that Amazon has decided to pull out of the New York deal, members of the Cuomo administration are working behind the scenes to try to get Bezos and Amazon back to the Big Apple. Amazon maintains there is too much opposition from local elected officials and residents to bother with moving forward with the plans to build their massive headquarters.

The final nail in the coffin for Amazon was when Senate Democrats appointed their second highest ranking member, Michael Gianaris (D – Astoria, Queens), to the Public Authorities Control Board. The PACB is a five-member panel where unanimous decisions are necessary for approval on any project. The board would be making its final determination next year at the end of the regulatory process. Gianaris is steadfastly opposed to the project. So Amazon pulled up stakes and took the path of least resistance.

Rubbing SALT in the Wound

Cuomo also showed his displeasure over a public opinion poll that determined that President Donald Trump’s approval numbers went up as Cuomo’s went down.

“What Donald Trump could have possibly done that would have suggested in the past few weeks that would increase your opinion of him, I have no idea,” Cuomo said.

Cuomo’s remarks came one day before he went to Washington for an Oval Office meeting with Trump to discuss the impact of the new tax bill’s cap of SALT (State and Local Taxes) deductions on New York and other Democratic-leaning states. The new cap has gone into effect at the same time the state budget is due at the end of March.

Meanwhile, state lawmakers are feeling the budget pinch as are the mayors across the state.

The stress led to a blowup during a budget hearing on local government funding and whether congestion pricing would help solve the transportation woes facing New York City. The MTA is looking to close a $1.6 billion budget gap pegged for 2022. Congestion pricing is expected to raise only $1 billion with no exemptions, known as carve-outs.

“How can we get there when the single largest revenue stream, which is congestion pricing, before we even get to that we have carved it to death and will not raise nearly enough revenue,” Carroll asked. “Congestion pricing will take 20 percent of CO2 emissions from cars out of the air and it will make our streets more safe. How is this not the progressive plan for right now? This (The MTA) is what moves six million New Yorkers everyday who are disproportionally lower income than those folks who drive into Manhattan every day and park.

“If a working New Yorker has a chronic medical condition or is disabled, a senior who needs to go to the hospitals in that zone regularly, there is a valid discussion for a hardship exemption that does not debilitate the revenue source,” de Blasio offered in response. “What about Internet sales tax, marijuana revenue or a state transportation bond act to raise the remaining needed revenue?”

As you can imagine emotions are continuing to run full steam ahead. The governor is touting major bills he’s signing while the Legislature is putting the brakes on other major projects frustrating local officials and members of the governor’s office. State legislators remain frustrated they can’t make headway on issues near and dear to their heart, pet projects they need to bring home to their district. 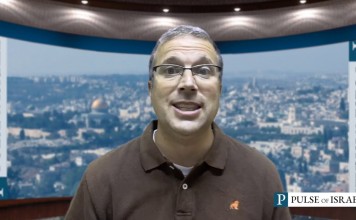