Governor Andrew Cuomo wants to charge drivers extra money to purchase new license plates. That plan drew pushback from state lawmakers who say the state is nickel and diming New Yorkers by forcing motorists to pay $25 for new license plates and an additional $20 to keep one’s current plate number, creating a $70 million windfall for state coffers. It costs the state only a few dollars to manufacture each plate. Cuomo claims the new license plates are necessary to implement cashless tolling.

Meanwhile many of the current license plates were made by 3M. The company produced an inferior product that is causing license plates to peel and fade to the point where the numbers and letters are unrecognizable and won’t appear on cameras which are used to catch toll evaders.

One state Senator has sponsored legislation calling on Cuomo to waive the $25 fee for any license plate mandated for replacement by the state due to a design change.

“Once again, Governor Cuomo and his out-of-touch administration are looking for a way to bolster the state’s budget at the expense of New York’s hard-working taxpayers,” said Senator Robert Ortt (R – North Tonawanda, Niagara County). “If new license plates are necessary for cashless tolling, as outlined by the governor, then the state should be providing new license plates to every driver in our state free of charge. It is not the burden of the drivers of our state to refund the incompetence and inability of those charged with implementing cashless tolling.”

State Senator James Tedisco (R – Glenville, Schenectady County) is calling this move a highway heist and is seeking public hearings requesting DMV officials to justify the costs. He asked, “Why the state isn’t seeking to claw back costs from the previous license plate vendor, 3M, rather than further gouge taxpayers?”

While Republicans are the most outspoken about this money grab, at least two Democratic Senators are opposed to this: James Skoufis (D – Woodbury, Orange County) and David Carlucci (D – New City, Rockland County). Skoufis, as sponsor and Carlucci, as co-sponsor, have teamed up to battle the governor on this issue claiming their legislation would ban the state from forcing drivers to replace license plates if they are still in good condition no matter the age.

“This is unjust and unfair,” Skoufis wrote in the justification portion for his legislation. “Drivers in New York State should only have to pay for license plates once, not multiple times, if their plates are in good condition.

“When registering a motor vehicle in New York state, this legislation will allow drivers the option of keep the license plates previously issued for a vehicle unless the plates are damaged or lost. This legislation further clarifies that should the state decide to update or replace license plates that have previously issued and are deemed to be in good condition, drivers will not be charged any additional fees for such replacements or to keep their current plate number.”

Most county clerks, who administer DMV requirements, are opposed to the charge as well.

“Unreadable license plates need to be replaced, as they are important identification markers for vehicles and their owners,” said Saratoga County Clerk Craig Hayner. “However, requiring plates that are in good condition to be replaced is wasteful. Vehicle owners shouldn’t be slapped with a blanket mandate and frivolous fees just because the state decides they want to change the plate design and Albany bureaucrats are seeking an easy way to generate revenue.”

This issue will ultimately be part of next year’s budget battle as the new license plate replacement program is set to take affect on April 1, 2020, the beginning of the next fiscal year.

“To make sure license plates are in good condition, especially as we are now moving to statewide electronic tolling which uses cameras reading license plates to charge tolls, if a plate is damaged or the reflective coating is degraded the camera will not work and the person will not be charged the toll,” said Department of Motor Vehicles Commissioner Mark Schroeder. “The revenue loss will be borne by other drivers which is unfair. The 10-year life replacement program does not go into effect until next April so we have time to work with the legislature to explore alternatives. We support reducing costs wherever possible.”

The Winds of Change at Two Political Parties

After 31 years of Mike Long serving as state Conservative Party chairman, longtime political insider Gerard Kassar took over the helm of the party earlier this year. While conservatives rank fourth in party enrollment with 157,315 members, the party secured row C last year on the ballot attracting the third largest number of votes, garnering 253,624 or 5.16% of the electorate.

“I’ve been involved in the party since 1977 and I’ve been playing a senior role for a lot of years,” Kassar told The Jewish Press. “For me, this is a dream come true. It’s the culmination of a lot of effort over the years. And I just hope I‘m able to live up to the standards that Mike Long set as chairman and the foundation he set. I want to build on it but he’s a tough act to follow.”

Approximately 82 of the 213 members of the state legislature, 38%, are cross-endorsed by the Conservative Party.

Kassar, 60, is a resident of Dyker Heights, Brooklyn, Roman Catholic of Syrian and Lebanese heritage. While Long was taking a $20,000 a year salary as party chairman, Kassar says he will not take a salary as chairman. Kassar previously served as chief of staff to former Senator Martin Golden and says between his pension and personal investments he will be able to meet his personal financial obligations.

“The Republican and Conservative parties in New York State have a naturally close relationship,” Kassar noted, even though they don’t always endorse the same candidates on occasion.

That relationship might be easier now since the GOP has also adopted new leadership. Nick Langworthy, 38, a resident of Amherst, Erie County, was elected state GOP chairman on July 1. Langworthy told The Jewish Press his administrative style is more of a Marine in the manner in which former state GOP chairman Bill Powers led the party. 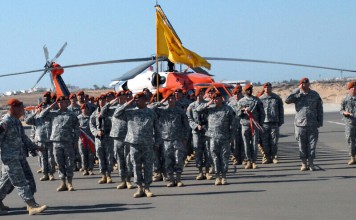