The World Zionist Organization (WZO) was founded in 1897 with the aim of founding a Jewish state. It achieved this goal in 1948, but the organization continues to exist. To learn about the organziation’s current activities, The Jewish Press recently spoke with Yaakov Hagoel, vice chairman of the WZO.

The Jewish Press: What exactly does the WZO do today?

Hagoel: It serves as a quasi-parliament for the Jewish people throughout the world. It provides important services in the fields of aliyah, Jewish education, Hebrew learning, combating anti-Semitism, and fostering Jewish and Zionist identity.

One of the accepted rules in international relations is that the government of a sovereign nation like Israel cannot interfere with the internal doings of other countries. Thus the [necessity of the] WZO, which is a non-governmental bridge [between Israel and Jews wordwide].

There seem to be many organizations doing the same thing – the WZO, the Jewish Agency, Israel Bonds, World Mizrachi, the Israel Government’s Ministry of Diaspora Affairs, etc. Are all of them really necessary?

First, let’s make order out of the list you mentioned. The WZO was founded by Theodore Herzl in 1897 as a stepping stone toward his vision of a Jewish state. It was the first time in nearly 2,000 years of exile that Jewish leaders from around the world came together under one banner to discuss the future of the Jewish people and the creation of an independent Jewish state.

Such a group, with such a prodigious goal, needed the resources and means to establish the foundations of any future political state. Therefore, different agencies were created to deal with the varying components of such a vast international undertaking.

The Jewish Agency was formed to oversee matters of aliyah and absorption. The Jewish National Fund was established to purchase property in the Land of Israel for Jewish settlement. The United Israel Appeal was charged with raising funds for the ambitious project. Etc. etc.

What is the WZO doing to counter the deepening alienation of Diaspora youth from identifying with Judaism and the Jewish state?

Trips to Israel are a mainstay of our effort, allowing individuals to discover Israel for themselves and connect with the country and his or her ancestral past, whether it be in Jerusalem or Tel Aviv.

For instance, the WZO, through its arm of the Jewish Agency, brings over 10,000 young Jews to Israel per year in the Masa program for an in-depth experience of 5-10 months.

The WZO spends a lot of money combating anti-Semitism and assimilation around the world, but both are increasing at alarming rates. What’s the solution?

Anti-Semitism has existed in the world ever since our appearance as a nation….

It’s true that the fight against anti-Semitism is but a teaspoon in a sea of hatred, but we are succeeding on several important fronts, mainly in increasing public awareness and influencing foreign governments to adopt harsher means in enforcing laws protecting the rights and security of their Jewish citizens.

Today, unlike in the past, anti-Semitic incidents are widely reported in the media largely because of our work and the efforts of other organizations. Pressure has led many countries to make the fight against anti-Semitism an official priority.

At the same time, our work in strengthening Jewish pride and identity, and every Jew’s connection to Medinat Yisrael, provides people with the stamina to stand up to the hatred directed against us.

The increase in anti-Semitism is especially troublesome on college campuses in America. Does the WZO encourage college study in Israel?

Absolutely. Beyond the programs we sponsor on campuses themselves to combat anti-Semitism and boycotts against Israel, we actively encourage young Jews to study in Israel.

Nevertheless, I believe that we have the power as an eternal nation to overcome all difficulties and refuse to surrender to bullying by others. The answer is not to flee places of learning because of anti-Semitism, but rather the opposite – to unite our forces and fight against this ugly phenomenon, and not abandon the battleground in fear.

Jews who are still living in foreign places where the hostility against Jews is rampant don’t need to lower their heads and flee; they should rather fight back with all of the legal means available. This coming November, we are holding four conventions against anti-Semitism throughout the United States in order to disseminate strategies on how to combat the never-ending campaign against us….

Our starting point is that every Jew belongs in Eretz Yisrael. Not out of fear, but out of strength and free choice. Not out of concern for what the future will bring, but out a feeling and commitment to Jewish values.

We don’t come to scare anyone with a cry of anti-Semitism. Every Jew is free to decide where to live. Nevertheless, we continue to educate and encourage the Jewish people to follow the call to come home, to return to Eretz Yisrael.

The numbers of olim each year seems rather low. Why, in your opinion, are more Jews not coming home?

Aliyah to Eretz Yisrael is the foundation of Zionism and the state of Israel. However, the long exile from our land accustomed the Jewish people to life in foreign places. It is not easy to uproot someone from a place he considers home and bring him to a new place of residence, no matter how historically or spiritually connected a person may be to that place.

Modern Western man is less a “man of the earth” and more a “man of the computer screen.” The Internet has erased all boundaries. A person’s connection to the physical, geographical place where he lives is not as important as it was in the past. Appeals, therefore, to return to a homeland have less pull than they did in the past.

Another obstacle is the comfortable life which characterizes many Western countries in today’s modern world. The “good life” can easily outweigh the desire to uproot oneself and relocate to the place where Zionism and Jewish identity reach their full expression.

Without a doubt, the need to deal with a different culture, language, society, and media all figure prominently in a person’s decision whether to move to Israel or not. This is a constant challenge facing our work at the WZO.

Most problematic of all is the general absence of Jewish education in the Diaspora, especially in regard to Jewish identity and Zionism. Even throughout the religious community, the centrality of Eretz Yisrael to a full Torah life is not stressed. Still, it is important to note that for almost a decade, approximately 30,000 have made aliyah each year.

As far as the aliyah figures for the United States are concerned, I am encouraged. Of course, we all would like to see bigger numbers, but the plain fact that there are Jews, even in small numbers, who are willing to confront the challenges of culture shock, a new language, and difficulties finding employment – this shows that the feeling for Israel and the spirit of Zionism haven’t been lost.

Can anything be done to make aliyah easier?

Yes. Beyond question, the process of aliyah needs to be made more efficient. But the needs of potential olim from North America are not the same as the needs of Jews from Turkey, and the ways of encouraging aliyah from France are totally different than the factors that motivate Jews in Latin America….

We are currently trying to do away with Israel’s non-recognition of certain foreign academic diplomas and professional credentials that don’t match Israel’s.

The WZO, in cooperation with the government of Israel, has also begun hundreds of Hebrew ulpans throughout the Diaspora as a way of facilitating the aliyah experience well before a new immigrant arrives in the Jewish homeland.

What led you to pursue a career promoting Zionism?

The writings and teachings of Ze’ev Jabotinsky. They lit the spark of Zionism which has been burning brightly inside me ever since, pushing me toward an ever-increasing involvement in Zionist endeavor. 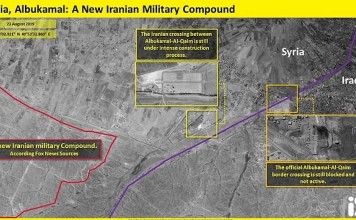 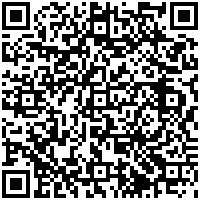