While the state is closing in on two months since the coronavirus pandemic first hit, New York has turned the corner, as deaths, hospitalizations, intubations and patients on ventilators are declining on a daily basis. Meanwhile, patients being discharged from the hospital are increasing. With all the good news, Governor Andrew Cuomo has warned New Yorkers not to get “cocky” because we’re only at “halftime,” “the war is not over” and “we are by no means out of the woods.”


At the end of the governor’s daily presentations, Cuomo is prone to offer advice, personal stories and personal opinions, as if to use the press corps as a sounding board for his mental health release.

“New York is tough, smart, disciplined, unified and loving,” he proclaimed in a recent closing, as if to uplift the state residents watching on the live-streamed presentation. He also wanted to acknowledge that on a national level “the country is frustrated, anxious, scared and angry.”

On another day, the governor tried to offer hope and compassion by saying, “Good will win over evil and love will conquer all.”

Kicking off this week, Cuomo declared in his daily affirmation, “What we do today will determine what happens tomorrow.”

One theme that the governor seems to repeatedly turn to his how he misses the time spent with family. His three daughters, Cara, Michaela and Mariah, all in their 20s, have been part of various news conferences during his presentations. The governor often recalls how his daughters are living with him in the Executive Mansion in Albany and he now has the time to have in-depth conversations with them. He also bemoaned the fact that he has not had time to spend with his 88-year-old mother, Matilda and how he kept cancelling appointments he made to sit with her and reconnect. Sunday midday meals, known as dinners in his household, are special to the governor and he says he makes a wonderful tomato sauce but his daughters won’t eat it because he made it.

Then there was the time he added his brother Chris Cuomo, suffering from coronavirus, to the daily news briefing for a bit of levity, as the two playfully sparred as siblings often do.

Granted, these stories humanize the governor’s public image. Along with all these stories, which can bring a viewer to tears at times, there is always a point that brings the governor back to reality.

During one presentation the governor entered into a restrained tirade when President Trump tweeted, “Governor Cuomo should spend more time ‘doing’ and less time ‘complaining.’ Get out there and get the job done. Stop talking! We built you thousands of hospital beds that you didn’t need or use, gave large numbers of ventilators that you should have had, and helped you with testing that you should be doing. We have given New York far more money, help and equipment than any other state, by far, and these great men and women who did the job never hear you say thanks. Your numbers are not good. Less talk and more action!”

Cuomo then took the President to task telling him to stop watching him on television in the middle of the day. “First of all, if he’s sitting home watching TV, maybe he should get up and go to work, right? Second, let’s keep emotion and politics out of this, and personal ego, if we can, because this is about the people.”

Cuomo then told the president that he was relying on the numbers from the federal government when he ordered the ventilators, summoned the USNS Comfort for more hospital beds and to turn the Javits Center into a remote hospital setting. He told the President to read the reports from his own government agencies before launching criticisms at the way the state handles its business.

Since the public slap in the face from the president, Cuomo has been saying thank you to anyone he sees or is in ear-shot. He was at an event with hospital officials on Sunday and he went overboard thanking the workers.

At another event in the Schenectady, NY-area, what we call in the business a dog-and-pony show, Cuomo returned 13 ventilators donated to the state just a few days earlier by Pathways Nursing and Rehabilitaiton Center, owned and operated by West Hempstead, NY-based Philosophy Care Centers. The facility houses 112 pediatric and geriatric patients, about 10 percent are Jewish. Of the 40 ventilators owned by the facility, 35 are currently out on loan, according to Pathways officials.

Apparently Philosophy management and Pathways officials tried to donate the ventilators weeks earlier when the governor put out the call for more equipment but could not reach the proper authorities in the Cuomo administration. Once the snafu got straightened out, the governor went to the facility, thanked the management, and received applause from the residents in the facility through open windows.

“We knew what was needed and how special these machines are so we were happy to give them out to them,” Daniel Schaffer, executive vice president of Philosophy Care Centers, told The Jewish Press. “The governor returned the 13 ventilators that we donated because he said they were not in need of them at this point. We now have a full stock and we’re looking to see where potentially any hospitals are in need of them. We’re all New Yorkers and we’re all brothers and sisters in the state and we need to do our part making sure that we were saving lives. We’re in the business and in the world of saving lives in the nursing homes.”

The 13 ventilators that were returned were loaned out to several hospitals downstate and in New Jersey, including Newark Beth Israel Medical Center.

“Luckily we have a full fleet of ventilators here for our own population. We are currently working with Mercy Hospital on Long Island and the Northwell Health System to see where their needs are for ventilators. We’re just happy to do our part in the community and we’re happy to be able to give over what we have,” Schaffer said.

As I close out this monthly column, here’s another one of Cuomo’s daily affirmations: “This is not a matter of staying home for yourself. Stay home for others. Stay home for the really vulnerable people who if they get this virus are in a really bad place. Stay home so you don’t put a greater load on the health care system. It’s not just about you. It’s about all of us. I’m staying home for my mother.”

If you want to see the governor’s daily briefings streamed live go to www.governor.ny.gov. The briefings begin at approximately 11:30 a.m. each day, seven days a week. Otherwise, know that The Jewish Press is at the news conferences watching out for the issues that matter to you. If you want The Jewish Press to ask the governor a question at the briefing on your behalf please send an email to sgreenwald@jewishpress.com (write in the subject line: “Question for Cuomo”) with your name. 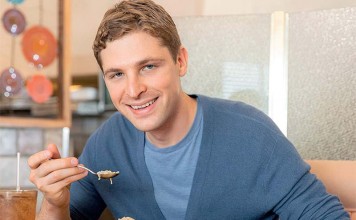 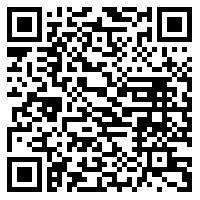