It’s okay to wear a Black Lives Matter (BLM) tee shirt at MS 51 in Park Slope, but according to ESL (English as a Second Language) teacher Jeffrey Levy, a “Proud Zionist” shirt is a no-no.

Levy was ordered by school principal Neal Singh to stop wearing his “Proud Zionist” shirt in the building, according to a report by The New York Post, because it was considered “politically explosive.”


But other staffers have been allowed to wear shirts emblazoned with praises for BLM and women’s rights.

Levy told The Post that pro-Israel and pro-NYPD clothing – he has also worn a “Back the Blue” tee shirt — are both banned at the school allegedly due to complaints from students and staffers.

In a discrimination complaint Levy filed on September 30 with the NYC Department of Education Office of Equal Opportunity and Diversity, he said, “Singh told me that my T-shirt with an Israeli flag on it and the words ‘Proud Zionist’ were politically explosive.”

Singh allegedly told Levy “Zionist involves the retaking of Palestinian land and is ‘offensive,’” the complaint said, adding that the principal’s definition of ‘politically explosive’ attire “appears limited to Jews only.”

Levy added in his complaint that Singh accused him of endangering the emotional or physical safety of students or staff, which he denied doing. “I have conducted myself professionally and have always respected the beliefs of all while doing my job neutrally and without bias. . . His attempt to threaten and intimidate me is anti-Semitic.”

In a statement to The Post, the NYC Department of Education backed the principal.

“Schools are not public forums for advancing personal political views, and per Department of Education regulations, employees are prohibited from using schools for the purpose of political expression,” DOE spokesperson Katie O’Hanlon told the news outlet.

“This principal’s request followed complaints from students and staff and is consistent with policies around political neutrality in schools.”

The DOE Chancellor’s Regulation D-130 states, “School buildings are not public forums for purposes of community or political expression.

“While on duty or in contact with students, school personnel may not wear buttons, pins, articles of clothing, or any other items advocating a candidate, candidates, slate of candidates or political organization/committee.”

It is not clear why BLM and pro-feminist clothing are not held to the same standard. 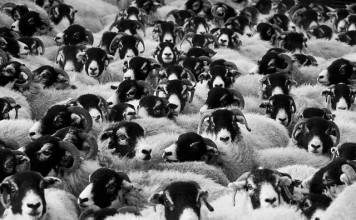 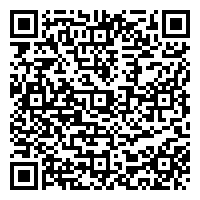