Former New York City Mayor Rudy Giuliani, who serves as the personal attorney of President Donald Trump, is now under investigation by the New York State Bar Association for his role in allegedly supporting and inciting the Capitol Hill riots.

Five people died in the riots when a violent mob stormed the Capitol Building last Wednesday in Washington DC a few hours after the Trump rally; the Capitol Police did very little to prevent their entry into the building.


House of Representatives Speaker Nancy Pelosi subsequently demanded the resignation of the Sergeant-at-arms, who is responsible for the security in the building. The Chief of Capitol Police also resigned following the deadly attack.

The move against Giuliani by the New York Bar Association followed in its wake by calls from Democratic members of Congress, US Reps. Ted Lieu (D-CA) and Mondaire Jones (D-NY), who called for the bar to investigate Giuliani with an eye towards subsequent disbarment.

We will hold responsible everyone involved with the attempted coup, including the attorney to @POTUS, Rudy Giuliani.

Letter from Rep @MondaireJones and me to New York State Bar requesting they investigate @RudyGiulianli to disbar him. https://t.co/JgXuQs8j3q pic.twitter.com/ZnJBVhBDYE

If Giuliani is found guilty in the investigation, the bar association could revoke his long-time membership. However, he would be given a chance to explain his actions and defend himself prior to expulsion.

“As the nation’s largest voluntary state bar association, NYSBA has a responsibility to defend and protect the rule of law,” the bar association said in a statement announcing its investigation.

“Based on the complaints and the statement Mr. Giuliani uttered shortly before the attack on the Capitol, NYSBA President Scott M. Karson has launched an inquiry pursuant to the Association’s bylaws to determine whether Mr. Giuliani should be removed from the membership rolls of the Association.”

Giuliani’s speech at the rally prior to that of President Donald Trump was relatively short and to the point: he explained the legal underpinnings of why Vice President Mike Pence could be allowed to “cast aside” the official counting of the Electoral College votes by Congress and “send it back to the legislators.” He also revisited the view that the election was rigged and “stolen in seven states,” as he said.

“It is perfectly reasonable and fair to get 10 days. . . and you should know this, the Democrats and their allies have not allowed us to see one machine, or one paper ballot,” Giuliani said in his remarks at the rally.

“Over the next 10 days, we get to see the machines that are crooked, the ballots that are fraudulent, and if we’re wrong, we will be made fools of. But if we’re right, a lot of them will go to jail,” he said. 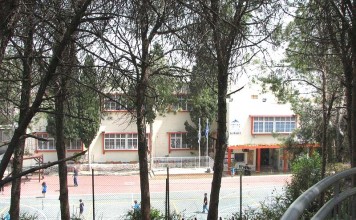