At a well attended event in Brooklyn Sunday afternoon, Republican mayoral hopeful John Catsimatidis sought to sell himself to Republican primary voters as a life long story, able to get the city rollin’. In a lengthy and direct introduction to the Brooklyn Young Republican club, Mr. Catsimatidis rolled out ideas how to close the deficit, how to reduce the cost of gas and oil, how to fix the education system, bring jobs back to New York City and keep the city safe.

But Mr. Catsiamtids went further to argue that it’s not only about having the best ideas, but also how to achieve victory. “Romney lost New York 81 to 19 percent. Okay? 81 to 19. That’s why it’s not only about being a Republican It’s about being an electable Republican,” he said. “I can’t run for President, that’s why I am running for mayor. But let me tell you something if I would of run, I could of beaten Obama,” he added with great confidence.

After elaborating on his education proposal, Mr. Catsimatidis addressed his capability of serving as mayor, based on the job creation record he carries with him on the trail. “I created tens of thousand of jobs in my company. Nobody else, who’s running, has created those many jobs. I create,” he asserted, visualizing with his hands,

Concluding his opening remarks, Mr. Catsimatidis reiterated his message in courting undecided voters to follow suit. “It’s about winning in November. We need the Reagan Democrats. We need the pro-business Clinton Democrats. There’s a lot of them around. If we don’t have those people and the independents, you know what a pure Republican does? ‘Eight-One-Ninteen’.

“It’s about winning. Because if we are only here to blow a horn, it’s not good enough. I have always played to win in my life. And I wouldn’t of been here running If I wasn’t planning to win,” he added.

During the Q&A, Mr. Catsimatidis got drawn into a feisty exchange with three Brooklyn Republicans, losing his temper and dropped some unpleasant-off-the-cuff lines. “I still don’t understand what your plan is,” conservative activist Frank Russo told Mr. Catsimatidis, for example, about his job training program, as Colin Campbell transcribes. “Quite frankly, I’m being honest. I’m not trying to be confrontational.”

“That’s public money, that’s my money,” another audience member chimed in about the proposal, which would train some young people trade skills early on in their careers. “You think it’s okay to steal it!”

The verbal exchange continued. Mr. Russo, the head of the Brooklyn Tea Party club, said he was baffled at the tension.

“If that’s the way you talk to me!” Mr. Catsimatidis exclaimed as the two attempted to shout over one another. “I am not scared. Let me tell you, I’m not scared of the 12 people that will be demonstrating at the bottom of the street saying, ‘Oh, bap-bap-bap-bap.’”

Will the PA Erupt Over Israeli Sovereignty in the Jordan Valley? 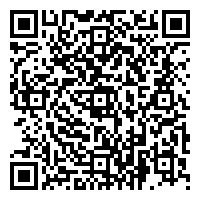