Members of Columbia University’s student council voted last Sunday to hold a divestment referendum in the spring of 2020, enabling students to vote on whether to divest “from companies that profit from or engage in the State of Israel’s acts towards Palestinians that, according to CUAD, fall under the United Nations International Convention on the Suppression and Punishment of the Crime of Apartheid acts against Palestinians.”


Following the vote, supporters were recorded chanting the slogan, “From the river to the sea, Palestine will be free,” which calls for the destruction of Israel between the Jordan River and Mediterranean Sea.

According to Ofir Dayan, the president of Columbia Students Supporting Israel, Jewish and pro-Israel students will fight the referendum, saying “we understand that the sole purpose of it is to marginalize us.”

Similarly, the Zionist student group ‘Aryeh’ stated, “While we articulated that we believe in both a Palestinian and a Jewish state, CUAD shamefully revealed that they do not believe in the right of a Jewish state to exist.”

“Having to defend the right for Jewish self-determination for the third time in four years has made the Jewish community feel targeted and isolated,” the group said.

The vote occurs in the context of three years of anti-Israel protests on campus under the leadership of CUAD. The student organization had initiated a similar vote this past March, which was voted down 20-17, and in 2017 by 26-5. 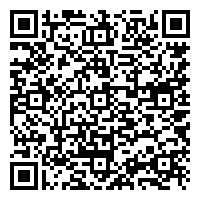