Hundreds of Jews from Orthodox communities in New York City joined thousands of police officers from across the country Sunday morning for the funeral in Brooklyn of NYPD officer Wenjian Liu.

Liu was shot to death along with fellow officer Rafael Ramos as they sat in their patrol car in Brooklyn on Dec. 20.


“All of our city is heartbroken today,” Mayor Bill de Blasio said in his eulogy of Liu. “He walked a path of courage, a path of sacrifice, a path of kindness. He was taken from us much too soon.”

Asked about the strong show of support from Jewish New Yorkers, Chezky Tabak of Misaskim told the Vos Is Neias (VIN) website that “The Jewish community needs to show support to the NYPD and that is why all the Jewish organizations are out today.”

“This is a somber and sad occasion,” Rabbi Yeruchim Silber of the Boro Park Jewish Community Council told VIN. “This funeral is being held practically in our own backyard and we are here to support the police.

Mutty Katz of Boro Park Shomrim spoke of the bond between the NYPD and the Jewish community. “It is a sad day to see one of our family members buried,” sad Katz. “We are here to support the NYPD and the whole department, especially the 66th precinct.”

As VIN correspondent Sandy Eller reported, “Crowds lined 65th Street from the Aievoli Funeral Home between 12th and 13th Avenues and continued until 18th Avenue where a large American flag was draped between two ladder trucks. Several large video screens were set up to broadcast the funeral services to the assembled crowd.

“This is very emotional not just for Brooklynites but for all residents of New York City and for people all across America,’ said Councilman Chaim Deutsch. “Officer Liu was a hero not for the way he died, but the way he lived his life.’ ”

“The brave men and women of the NYPD risk their lives every day to protect us. We value them and stand with them,” said Hikind.

Greenfield shared Hikind’s sentiments, noting that officer Ramos’s “funeral was on Shabbos, so we could not attend. This one is literally in our neighborhood. We need to show our hakaros hatov to the late Detective Wenjian Liu and provide chizuk to the NYPD during this difficult time.” 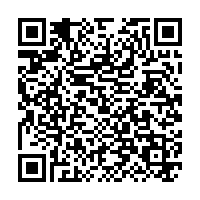