In the aftermath of the barn-storming of the U.S. Capitol by insurrectionists, Governor Andrew Cuomo has declared war in the War Room on the second floor of the NYS Capitol in Albany.

The difference is that he wasn’t declaring war on any particular individual or group but on a virus – the Coronavirus.


“The artwork in this room reminds us that we have been at war before. It memorializes epic battles,” Cuomo remarked as he began his 2021 State of the State message to the Legislature, an audience he couldn’t see. “The Revolution, the Civil War, World War I. It (the painted ceiling in the room) honors the unknown soldier also reminding us today of our lost frontline heroes. And as our forebearers before us, we will win this war and we will be the stronger for it.”

At the beginning of his 43-minute speech, Cuomo said the state of the state is “in some ways, like the state of the nation and indeed the state of the world. We are hurt, we are frustrated, we are in mourning, we are anxious. We are shocked that an invisible enemy could wreak such death and destruction, especially in this, the wealthiest and the most powerful nation on earth.”

Then nearing the halfway point of his 11th State of the State message, Cuomo again queried, “You ask me today, what is our state of the state? New York is suffering and New Yorkers are tired of being abused and demand that Washington stops causing damage and starts resolving the damage they caused.”

Cuomo also hearkened back to another era when New York City was in financial ruin during the mid-1970s and the federal government, under Republican control, would not deliver financial assistance. That, in turn, garnered a famous New York City newspaper headline “Ford to New York: Drop Dead.”

Cuomo says as the executive and legislative branches of the federal government are to be under democratic control after January 20, he is expecting the Congress and President Joe Biden to restore the State and Local Tax (SALT) deduction rescinded during the Trump administration.

“Today, New York subsidizes 42 other states. On top of that, the new federal SALT provision has cost New York $30 billion more over three years,” Cuomo shouted with exasperation. “It increased property taxes on hardworking New Yorkers $2,600 per year. Look at the gross injustice. Washington raised our taxes to benefit other states and those states then appeal to our residents to relocate to their lower tax states. The infuriating irony is that New York subsidizes those state’s lower rates.”

SALT permits taxpayers who itemize when filing federal taxes to deduct certain taxes paid to state and local governments. The Tax Cuts and Jobs Act (TCJA) capped the deduction at $10,000 per year, consisting of property taxes plus state income or sales taxes, but not both. Taxpayers who itemize may deduct up to $10,000 of property, sales or income taxes already paid to state and local governments. Under the TCJA, there was no cap to the value of the SALT deduction, according to an explanation by the Washington, D.C.-based Tax Foundation.

“We expect SALT to be removed from our wounds fully and quickly and we expect to be compensated for our economic loss,” Cuomo, facing the difficulties of closing a $15 billion budget gap, declared during his message. “We expect basic fairness from Washington. Finally. With our new President, new Senate (with New York’s senior U.S. Senator, Chuck Schumer, as majority leader) and the House members, I believe they will do justice. If Washington does tell New York to effectively drop dead once again, I will be shocked, but New York will fight back.”

After lamenting for many years that marijuana is a gateway drug to many highly addictive drugs, Cuomo said, “New York will do its part, we will legalize adult-use recreational cannabis, joining 15 other states, which have already done so. This will raise revenue and will end the over criminalization of this product that has left so many communities of color over policed and over incarcerated.”

Cuomo said this policy change will also include an increase of the state bureaucracy by “proposing the creation of a new Office of Cannabis Management to oversee a new adult-use cannabis program, as well as the state’s existing medical and cannabinoid hemp programs. Additionally, an equitable structure for the adult-use market will be created by offering licensing opportunities and assistance to entrepreneurs in communities of color who have been disproportionately impacted by the war on drugs. Cannabis legalization will create more than 60,000 new jobs, spurring $3.5 billion in economic activity and generating more than $300 million in tax revenue when fully implemented.”

The head of one pro-legalization group called this plan marijuana justice.

Cuomo also wants to add another tax by proposing “state-sponsored mobile sports betting to raise additional funding. We are a fiscally responsible state; we only ask for an equitable partnership from Washington.”

These proposals were met with a strong rebuke from the state Conservative Party.

“Gov. Cuomo’s reliance on the federal government bailout is as shortsighted as his reliance on the sale of recreational marijuana and the institution of mobile sports betting. Bad ideas remain bad ideas even if it helps you gain revenue,” said Gerard Kassar, party chairman.

Another rebuke came from the head of the New York Republican State Committee, who views Cuomo as someone who can do nothing right.

“The Governor and Democrat-controlled legislature’s only plan to address it (the budget deficit) is through higher taxes, sports betting and marijuana,” proclaimed Nick Langworthy, chairman of the state Republican party, as a rebuttal to the governor’s remarks. “That is not going to solve this crisis. New York doesn’t have a revenue problem – we have a tax and spend problem. The only result raising taxes will have is sending more residents and jobs fleeing out of New York. Our population continues to decline more than any state in the nation. We are hemorrhaging people and jobs. Goldman Sachs has added itself to the growing chorus of Wall Street firms moving out of New York. The financial services industry is critical to New York. Not only for the good jobs they provide, but for the enormous tax revenue that they contribute.”

Cuomo spent much of his speech, entitled “Reimagine, Rebuild, Renew” encapsulating the obvious concern staring us in the face – the coronavirus.

“Going forward, I propose the state pass the Medical Supplies Act to incentivize New York companies to manufacture medical supplies and New York will then purchase from that supply first. Telemedicine was invaluable in keeping people remote, while providing care. Public access was uneven and inequitable. At the recommendation of the Reimagine New York Commission, I’m introducing the most comprehensive telehealth bill in the nation to ensure accessibility to all New Yorkers.

Cuomo then turned his attention to expanding broadband throughout the state.

“The infrastructure of tomorrow is our broadband system,” Cuomo said. “Today broadband discriminates by race and income. We have invested $500 million to successfully expand broadband access and 98% of the state now has access to broadband. But New York will also lead the nation now in making broadband affordable because accessibility is not enough if it’s not affordable. And because without affordable broadband, people are not just disconnected, they are disenfranchised. Broadband must be available to everyone, everywhere. And in New York we will make sure it is.”

Equality for New Americans, immigrants, will also be a priority in Cuomo’s agenda. Since 2017 the Liberty Defense Project has provided free legal consultations and screenings for immigrants throughout New York, direct representation in deportation proceedings and other cases, assistance in applying for naturalization and employment authorization as well as other education and support services including connecting with social services and health care.

Cuomo wants to find a way to improve how local boards of elections count votes. This might seem simple but there is still one congressional race in Central New York’s Mohawk Valley where a winner has not been determined. The two candidates are separated by approximately 22 votes with the challenger ahead in the race. There are thousands of disputed ballots before a judge for a final determination.

“We have seen elections determined weeks after Election Day,” Cuomo remarked. “This fuels distrust in our system. We must pass a law mandating Boards of Election perform professional, accurate, timely and complete counts.”

Cuomo also wants to expand access to early voting by advancing legislation extending early voting hours until 9:00 p.m. on weekends as well as on a minimum of three week days during the ten-day early voting period.

Cuomo wants a constitutional amendment put before voters this year to expand no-excuse absentee voting for all New Yorkers so voters can fill out absentee ballots without providing a reason. Cuomo also wants to allow additional time for voters to request absentee ballots. The state’s election law currently prohibits voters from requesting their absentee ballots more than 30 days prior to Election Day.

Having spent most of his career trying to develop ways to provide affordable housing, Cuomo now wants to repurpose underutilized commercial space for additional housing.

“The housing problem in our cities has gotten worse,” Cuomo admits. “But the crisis of growing vacancies in our commercial property provides an opportunity. We should convert vacant commercial space to supportive and affordable housing and we should do it now. Stimulating housing conversion will create thousands of good-paying jobs, increase housing affordability as well as support long-term economic growth by helping New York’s employers attract and retain talent.”

Cuomo wrapped up the first part of a four-part series of speeches on an optimistic note.

“My friends, rest assured, we can see the future and it is bright,” Cuomo remarked. “We just have to get from here to there, and that’s what we need to do together. The old saying is true, fortune favors the bold. Well, this is another once in a lifetime opportunity. America must seize this moment of international transformation. Some countries will succeed and some will fail. Some regions will rise and some will fall. But this is a moment that is made for New Yorkers. This will be a moment to re-imagine, reinvent and recreate.” 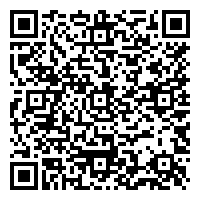