After an evening in which Hizzoner was confronted with real honest-to-goodness defiance and rebellion from the Orthodox Jewish community for the very first time in his tenure, New York City Mayor Bill de Blasio told reporters during his news briefing Tuesday morning the city “will not allow people to take the law into their own hands” and break open parks without permission.

Just for comparison, readers, so you can see just how ludicrous that statement really is, here’s a tweet with a photo of the “beautiful, huge crowd” that gathered less than 24 hours prior at the Black Trans Lives Matter rally at the Brooklyn Museum, as city workers would soon be welding shut the Middleton Park gates in Williamsburg. Were they taking the law into their own hands? Not really Mayor de Blasio has different standards for the thousands of Black Lives Matter protesters than he does for Jews.

The mayor’s statement Tuesday was specifically directed toward the actions taken late in the day Monday by a group of Orthodox Jewish lawmakers and an Orthodox Jewish activist who cut the locks and chains off the gates to the municipal parks in the Brooklyn neighborhoods of Boro Park, Williamsburg and Midwood.

The 18th Avenue Park (Gravesend Park), Middleton Park in Williamsburg and the Avenue L Park in Midwood were also opened by these lawmakers and activists, as well as several parks the next day.

The incidents took place after city workers had the audacity to actually weld the gates closed on the popular Middleton playground in Williamsburg early Monday morning.

The park is in the heart of a Jewish Community

Maybe it’s not really about social distancing after all?

That event took place less than a day after thousands of protesters actively crowded together at the Brooklyn Library to demonstrate — again — against the death of George Floyd and express their rage against the NYPD, demanding the city defund the police department to the tune of $1 billion, or more.

The obvious, clear double standard demonstrated by the mayor towards Jews and protesters is still being discussed on social media by civilian New Yorkers and lawmakers alike.

– Embraced unchecked protests which are against the law (no permits; blocking roadways).

– Does not keep demanding distancing at protests.

– Says children at parks against the rules is a problem for Coronavirus. pic.twitter.com/ZWykZkgK15

New York State Assemblyman Simcha Eichenstein, who participated in the “unlocking” event with New York City Council member Kalmen Yeger, State Senator Simcha Feldman and Boro Park activist Heshy Tishler, responded to the mayor’s remarks, tweeting: “We stood together on Sunday and demanded NYC Mayor open our playgrounds. Apparently it landed on deaf ears. This park does not belong to any particular official. This park belongs to our community. Today we returned playgrounds to our children who desperately need them.”

We stood together on Sunday and demanded @NYCMayor open our playgrounds. Apparently it landed on deaf ears.

This park does not belong to any particular official. This park belongs to our community.

Today we returned playgrounds to our children who desperately need them pic.twitter.com/TTkazMdpId

De Blasio insisted the playgrounds will remain closed until Stage 2 reopening in the city — this, despite his own personal participation in the mass protests with Black Lives Matter, where thousands gather with no social distancing and many do not wear masks.

“Mr. Mayor, what are we asking for? Eichenstein tweeted three hours later, still attempting to be conciliatory. “We are asking for you to give our children a safe place to play. Let kids be kids.”

However, parks for Jewish children will remain open. Be sure of it. 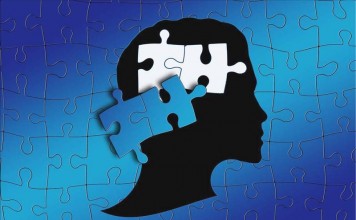 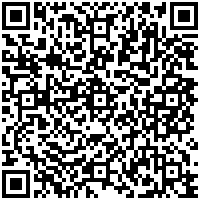