Doug Schneider, running for Democratic District Leader for the 44th Assembly district in Brooklyn, would like to see all Democratic voices heard and valued. As Schneider put it when he met with The Jewish Press, he feels strongly about the “need for the Democratic Party to do a better job organizing and inspiring Democratic voters and making sure that the voices of all Brooklyn Democrats are listened to and respected.”

The District Leader – officially called “Member of the Democratic State Committee” – is the most local form of elected government. Every Assembly District has a male and female district leader and their responsibilities include things such as nominating judges, choosing candidates in special elections, and hiring poll workers. Schneider is running against Kashif Hussain for the District Leader seat previously held by long-time incumbent, Jacob Gold.


Schneider is a graduate of Yeshiva University’s Benjamin N. Cardozo School of Law. He is a practicing civil rights attorney focusing on representing people discriminated against at work because of their religion, race, disability and all other features covered under State and Federal law. As a lawyer and activist, Schneider has seen first-hand the need for Democratic candidates to reflect the diversity of each of Brooklyn’s neighborhoods.

Schneider says the values he learned growing up in a Jewish household play a large role in his activism and desire to serve his community. It is what gives him such a strong commitment to pursing justice and volunteering for the community. He expresses a deep understanding of the issues that are important to observant Jews in Boro Park, Kensington and Midwood, which he attributes to the friends he made in law school and his long-standing ties to the Belz community.

More than twenty years ago, his father-in-law became good friends with Leizer Igel, a member of the Belz community, who would often travel to Saratoga, N.Y., to celebrate the Jewish holidays. After his father-in-law died, the Igel family welcomed Doug, Joni and their children into their family. They celebrate Jewish holidays together in Boro Park and their children even refer to Leizer and his wife as “bubby” and “zaidi.”

Schneider has lived in Israel and is conversant in Hebrew. He and his wife Joni were married under a Chuppah and have two children, Micah and Evelyn. They were honored when members of the Belz and Lubavitch communities came to their house to celebrate a pidyon haben for their son.

Schneider’s family emigrated to America from modern day Ukraine and his wife’s family is mostly from the same area, including modern day Belarus. Doug and Joni, as well as Joni’s siblings and mother, run a small family foundation committed to memorializing the Holocaust in Belarus. Eight-hundred thousand Belarussian Jews were murdered by the Nazis. Most did not die in concentration camps, but were murdered by machine guns and buried in mass burials. The family foundation researches the locations of these executions and places burial stones at execution sites to make sure that future generations remember the Holocaust and remember that the victims were murdered solely because they were Jewish.

Schneider understands that the 44th Assembly District is a truly diverse district. That is why a big part of his campaign is working to make sure that everyone feels welcome and respected in the Brooklyn Democratic Party. He campaigns throughout the district making sure to meet with voters from all backgrounds, from Litvaks, Hasidim, modern, and unaffiliated Jews to Russians to Bangladeshi and Pakastani Muslims and everyone in between. Schneider promises to be a District Leader for all.

The District Leader election in the Democratic primary will take place on Thursday, September 13. The election was moved to Thursday because the primary was originally scheduled for Tuesday, September 11, the second day of Rosh Hashanah. 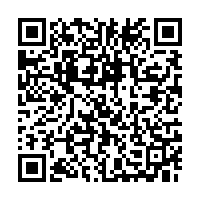