Everything Old Is New Again With Gov. Cuomo

Governor Andrew Cuomo outlined his legislative agenda this month as part of his State of the State message with a twist that roiled many state lawmakers and some local officials. With advance word that state lawmakers would heckle him and even boycott the speech, Cuomo took his show on the road and opted not to have one major address near the Capitol as has been his tradition the past six years of his tenure.

Cuomo chose six locations to deliver carefully crafted speeches customized for each region. Four of the six – Farmingdale, Purchase, Albany, and Buffalo were SUNY campuses where Cuomo touted his plans for tuition-free college and explained how many individuals in the region would benefit from the plan.

“The way we pay for high school we should say the day has come that we will now pay for college and let New York have the most educated workforce in the country,” Cuomo said during his kickoff speech at the Freedom Tower in Manhattan. “We should have tuition-free college in New York state for families who are making $125,000 or less because that is the future.

Cuomo also announced a role for Timothy Cardinal Dolan and leaders of the Jewish community “to organize interfaith religious leaders and congregations to share and educate New Yorkers about the commonalities in our different faiths because religious freedom and individual liberty are New York hallmarks and we need to focus on religious commonalities and similar foundations as opposed to artificial distinctions.”

Cuomo did not specify which Jewish leaders would be chosen for this task but if it is any indication, Rabbi Scott Shpeen, spiritual leader of the Reform-based Congregation Beth Emeth of Albany, provided the opening prayer at the UAlbany State of the State speech. Shpeen also provided the opening prayer for the Electoral College gathering in the State Senate Chamber in December.

Cuomo also pushed his support for ridesharing during his upstate speeches calling for safe rides home from a night of drinking.

“On jobs and infrastructure it’s all about embracing the new innovation economy embracing ridesharing. Ridesharing is creating thousands of jobs, its promoting safety for passengers, its making transportation less expensive. It’s actually safer from a drunk driving point of view, it makes total sense.”

Included in his pitch for ridesharing was a shot at state lawmakers who essentially boycotted all his speeches: “You tell your state legislators, pass ridesharing or don’t come home unless you’re in an Uber of Lyft car.”

As expected, the ridesharing proposal is being hailed as the right move by all groups except the taxi industry.

If ridesharing is not your thing, then maybe walking, biking, and the great outdoors has a better ring to it. Cuomo wants to pave a trail from Buffalo to Albany and from New York City to Plattsburgh.

To help combat hate crimes, the governor is proposing a new State Police and Department of Human Rights Education and Enforcement Task Force.

“The number of hate crimes that has erupted recently in New York is disturbing,” said the governor. “KKK flyers, swastikas, white supremacist and anti-Semitic rants. Happening all across the state. It is as disgusting as it is ignorant and anti-American. Hate and discrimination have no home in New York and no infraction will be tolerated, period. There’s no doubt that this tension and this anger the middle class feels is destructive to this country and it is repugnant of the values of the state of New York.”

The governor outlined 36 proposals in a 400-page document that will be handed out to state lawmakers. This method dates back to the way the speech was presented prior to 1919.

Almost a century ago, in 1919, Governor Al Smith, who served as Assembly Speaker in 1913, gave the first verbal presentation of the State of the State as a speech in the Assembly Chamber. Cuomo said that when he became governor in 2011, he “wanted to get out of the Capitol and get out of the Chamber because I wanted to break the model that I’m there just talking to politicians. It’s about talking to people now. This is not a government from 100 years ago.”

While this is not a government from a century ago, the means of communications are considerably more advanced. Whereas Smith could only reach the audience he was speaking to at the time, Cuomo’s speeches are available from wherever you are as the audience.

The difference is that by moving the speech out of the Capitol, Cuomo reduced the chances that hecklers would interrupt his speech. Cuomo was heckled on a couple of occasions this year. In the past five years one state lawmaker or another stood up to publicly berate the governor. He avoided that embarrassment this year by scheduling his speeches on days when lawmakers were in session and could not get to their home districts to hear the governor speak.

While the governor’s method this year took longer – three days – Cuomo began his final lecture at the UAlbany campus noting that “I’ve spoken for nine hours to 6,500 attendees, traveled 1,300 miles, made 35 announcements, spoke to 300 projects, and did 1,000 PowerPoint slides.”

Republican State Committee Chairman Ed Cox followed the governor to each of his stops, dubbing the road trip a “Magical Media Tour.”

Assemblyman Anthony Brindisi (D – Utica) was annoyed that Cuomo missed the Mohawk Valley on his tour. Cuomo also missed the North Country, Finger Lakes, the Catskills, and the Southern Tier regions of the state.

Finally, a pair of Capital District lawmakers proposed a measure mandating all future State of the State speeches be held in the Assembly Chamber.

Sometimes it’s tough for people to break with a century-old tradition. 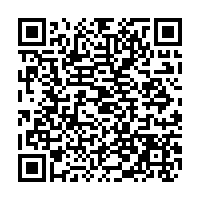