Ivana Marie Trump, a Czech-American businesswoman, media personality, fashion designer, author, and model, who was Donald Trump’s first wife before he became president of the United States, died in her Manhattan home after being found unconscious and unresponsive at the bottom of a staircase.

Her former husband, former President Donald Trump, responded in a Truth Social app posting, saying: “I am very saddened to inform all of those that loved her, of which there are many, that Ivana Trump has passed away at her home in New York City. She was a wonderful, beautiful, and amazing woman, who led a great and inspirational life. Her pride and joy were her three children, Donald Jr., Ivanka, and Eric. She was so proud of them, as we were all so proud of her. Rest in peace, Ivana!”

Ivana and Donald had three children: Donald Jr. (December 31, 1977), Ivana Marie (October 30, 1981), and Eric (January 6, 1984). “Ivanka” Trump, who was raised as a Presbyterian Christian, converted to Orthodox Judaism in July 2009, after studying with Elie Weinstock from the Ramaz School in Manhattan. She took the Hebrew name Yael and described her conversion as an “amazing and beautiful journey” that her father supported “from day one,” because he has “tremendous respect” for the Jewish faith.

In October 1990, Ivana’s father died suddenly from a heart attack at age 63, and The Guardian reported that he had been an informer for Czechoslovakia’s StB intelligence service and relayed information from his daughter. Despite their marital troubles and pending divorce at the time, Donald Trump stood at Ivana’s side during her father’s funeral.

During her marriage to Donald Trump, Ivana worked as a senior executive for the Trump organization, including executive vice president for interior design. She led the interior design of Trump Tower and later was appointed CEO and president of the Trump Castle Hotel and Casino in Atlantic City, and later the manager of the Plaza Hotel in Manhattan.

After the divorce, Ivana Trump developed lines of clothing, fashion jewelry, and beauty products that were sold through the Home Shopping Network and QVC London. In 1995, she presided over the House of Ivana, a fashion and fragrance company with a showroom located on Park Avenue in Manhattan. The Ivana-branded Bentley Bay development in Miami, Florida, filed for bankruptcy in 2004. In 2010, Ivana Trump sued a Finnish fashion company called Ivana Helsinki for using her name without permission. 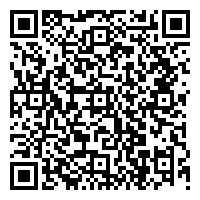