An attorney for Ben & Jerry’s on Thursday announced that the Vermont ice cream maker and its parent company Unilever Plc were planning to seek mediation over Unilever’s decision to permanently award the Ben & Jerry’s franchise in Israel to American Quality Products which sells those delicious, insulin-provoking pints to Jewish settlements in Judea and Samaria.

Unilever’s decision blocked the Ben & Jerry’s boycott of Israel and allowed AQP owner Avi Zinger – who has been making and selling the product under license for 34 years — to continue to exclusively sell Ben & Jerry’s ice cream in Israeli communities that the Ben & Jerry’s board back in Vermont considers illegal.


The attorney said the two companies desired to “attempt to resolve their dispute through expedited formal mediation,” avoiding litigation, and intend to do their best to conclude the mediation in two weeks, Reuters reported Thursday.

On June 29, Unilever announced: “Under the terms of Unilever’s acquisition agreement of Ben & Jerry’s in 2000, Ben & Jerry’s and its independent Board were granted rights to make decisions about its social mission, but Unilever reserved primary responsibility for financial and operational decisions and therefore has the right to enter this arrangement.

“The new business arrangement follows a Unilever review of Ben & Jerry’s in Israel after the brand and its independent Board announced last year its decision to discontinue sales of its ice cream in the West Bank.”

Ben & Jerry’s board responded: “We are aware of the Unilever announcement. While our parent company has taken this decision, we do not agree with it. We continue to believe it is inconsistent with Ben & Jerry’s values for our ice cream to be sold in the Occupied Palestinian Territory.”

Alyza Lewin, president of the Louis D. Brandeis Center for Human Rights Under Law, who represents Avi Zinger and AQP, responded to the news of Ben & Jerry’s July 5 lawsuit against its parent Unilever to block the sale of its Israeli business to a local licensee, saying: “It’s a done deal.”

Unilever insisted it was “fully empowered” to carry out the sale to Zinger––the “done deal”––and said Ben & Jerry’s could not show irreparable harm from the sale (that’s not emotional harm but concrete, money damage – DI). On the contrary, the parent company argued that prolonging the standoff was likely to bring on both companies even more “intense public criticism.” 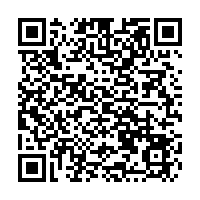