Next year’s legislative session will see the fewest number of Jewish lawmakers in the past decade. In the state Assembly 21 of the 22 Jewish legislators are either unopposed or have weak opponents. Overall, 28 of the 150 Assemblymembers or 19% are retiring. Forty-seven incumbents or 31% are unopposed and 75 seats or 50% are contested, none involving Jewish lawmakers.

Assemblyman Charles Lavine (D – Glen Cove, Nassau County), the president of the New York Chapter of the National Association of Jewish Legislators, says he’s not bothered by the slipping of Jewish representation in Albany.


“Its democracy and at times we have greater numbers and at times we have lesser numbers of Jewish legislators,” Lavine told The Jewish Press. “We’re all in this together and it doesn’t much matter whether someone is Jewish or non-Jewish – and if they’re non-Jewish it doesn’t matter what their religion is, if they have religion. If they’re Jewish it doesn’t matter whether they are Reform, Conservative, Orthodox, Reconstructionist or any other types of classifications. Democracy means we watch out for everybody.”

In the state Senate, 2 of the 8 Jewish lawmakers or 25% are retiring. Overall, 12 of the 63 Senators or 19% are moving on to other endeavors. There is only one Jewish candidate seeking to join the ranks of the Senate. Elijah Reichlin-Melnick, a democratic trustee in the village of Nyack, Rockland County and legislative director for Senator James Skoufis (D – Woodbury, Orange County). An elementary school teacher by profession, Reichlin-Melnick is seeking to succeed David Carlucci (D – Clarkstown, Rockland County) who lost his primary battle to succeed Congresswoman Nita Lowey, who is retiring.

Twenty-one incumbent Senators or 33% are running unopposed and of the 41 seats up for grabs, 18 incumbents have nominal opposition. The successor for one retiring Senator, Velamanette Montgomery (D – Clinton Hill, Brooklyn), Jabari Brisport, 33, has no Republican opposition. Nineteen seats or 30% are hotly contested and too close to call. Democrats, who control 40 of the 63 seats in the upper house, could pick up as many as three seats in November leaving Democrats with 68% control of the chamber.

For freshman Senator Zellnor Myrie (D – Crown Heights, Brooklyn) the new faces in the Senate, means more seniority for him in a short amount of time.

“I have viewed my stature in Albany through the lens of how that helps me deliver for the people in my district,” Myrie told The Jewish Press. “To the extent that seniority brings the ability to pour more resources to the district for us to get more legislation to help folks, that’s an opportunity that I would welcome if only to help folks in the district.”

Having a new Senator in a neighboring district that overlap a key community and major demographic such as religious Jews in Crown Heights, could be a blessing or a curse. For Myrie he’s hoping Brisport is more of a blessing and a partner.

“Jabari (D – Prospect Heights, Brooklyn) teaches in our district at Medgar Evers Prep High School,” Myrie said. “I’ve done a couple of visits there where I’ve seen him in action. However volatile or taxing your campaign was, once you win you have to put that behind you and you are no longer campaigning. You now have the responsibility to lead and to build coalitions.”

Myrie will also have two new members of the state Assembly whose district overlaps his Senate district. One of the new faces is Phara Souffrant Forrest (D – Crown Heights, Brooklyn), who defeated incumbent Walter Mosley in a democratic primary in June. Mosley told The Jewish View television program in 2017 he was having trouble making ends meet with a $79,000 salary while living in government-subsidized Mitchell-Lama housing. The salary has since been boosted to $110,000. Myrie says he knows the new Assemblywoman well.

“Phara, as a nurse and someone who was from the community, has done some work around housing and that resonated with folks in the district. Walter also fought for a lot of those same issues. I can’t speak to exactly what tipped the scales but my hope is she will step into this role and be a partner,” he said.

The other Assembly member to claim victory over an incumbent is Marcela Mitaynes (D – Sunset Park, Brooklyn), who defeated longtime lawmaker Felix Ortiz.

“I have found really great common ground with my Jewish constituents,” Myrie said of his first term. “One of the notions that I pushed back about is that Crown Heights is divided. I think that there is actually a lot more in common. As a legislator, as a member of this community I have been learning myself. I’ve had to have things pointed out to me about just being more sensitive about how I come across and how we can build bridges. I think there is a great desire for us to work together for one community. That’s not just affecting our Black neighbors or our Caribbean neighbors. That’s affecting our Jewish neighbors as well. They have built a community just like we have built a community. I think it’s important that who steps into this role (of being a state Senator). That is an important thing, building that coalition.”

In Washington, the New York delegation in the House of Representatives will be losing two of its five Jewish lawmakers – Nita Lowey and Eliot Engel. Meanwhile incumbent Republican Lee Zeldin and Nancy Goroff, both Jewish, are vying for the House seat in District 1 encompassing Eastern Long Island. Incumbent Jerry Nadler, who is also Jewish, is trying to fend off a challenge from a Jewish challenger, Cathy Bernstein, a financial advisor, in New York’s 10th District taking in Manhattan and Brooklyn. 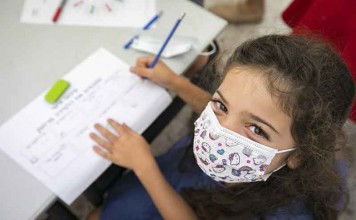 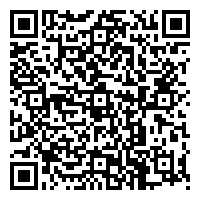