Joseph Hayon, the Republican candidate for city council in the 44th district (Boro Park, Kensington, Midwood and Flatbush), is no stranger to running for office.

In 2010, Hayon challenged Assemblyman Steven Cymbrowitz, who spent more than $90,000 compared to Hayon’s $615. Despite that disparity, Hayon still garnered 42% of the vote.


Hayon was the first candidate to be endorsed by Rav Yisroel Belsky. His candidacy in 2010 was also endorsed by over 30 rabbis including Rabbis Eli Mansour, Murray Maslaton, David Ozeirey, David Seruya, Duvi Benseussan, and David Jamal.

Over the years, Hayon has consistently supported the alignment of public values with Torah values. He’s also advocated for private schools and yeshivas to receive more money from public funds. 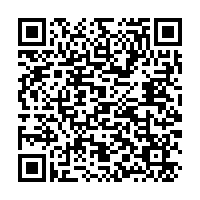