Currently the Knesset is debating the issue of legalizing pot. To be more accurate, it is debating legalizing pot for medical reasons. This is a position that has already found favor in 20 States in the USA. Furthermore, the states of Washington and Colorado have actually legalized recreational pot, even if the Federal government has not! But that’s the USA for you. In the UK, in recent years, various ministers have tried testing the waters to legalize pot, but they have only got as far as telling the police not to make a fuss over small amounts of pot for personal use. A typical Anglo fudge.

In Israel it is believed as many as 1 million people use the drug, which is readily available (even if officially illegal) from all sorts of sources including interestingly, Christian, Jewish and Muslim as well, of course, from the usual suspects. Westerners tend to think of religion as a definite killjoy. In Israel religious communities of all sorts are less opposed to the use of pot in practice if not political stance. Perhaps pot and alcohol are the only way many strictly religious people can cope with the restrictions of faith (or perhaps the claustrophobic communities)!


In 1967 after the Six Day War, East Jerusalem was flooded not only with tourists but with Israelis who wanted pot. Sacks of all different varieties were as common as peanuts and sunflower seeds throughout the Old City markets. I had an old friend who was living in what was officially a hotel but was in fact a den of vice with a very cheap overnight rate, just inside the Damascus Gate. I was at the time, of course, a good black-hatted yeshiva bochur and purely out of friendship, I assure you, I found time to pay him a visit. I recall being overwhelmed by, amongst other things, the powerful aroma of pot. Yet, dear reader, I give you my word of honor, my virtue remained intact!

Several years later I was the rabbi of an Orthodox synagogue in Glasgow when the same friend came to visit me on his way back from Afghanistan. This was forty years ago, before the Russians, the Taliban, or the Americans. He was dressed in a flowing scarlet cloak, bright green trousers, and a brown Afghani soft hat on his head. Thus clothed he just dropped in on me one Shabbat morning in my synagogue. My congregants were shocked but, given my position and he a friend, he was actually called to the Torah in his gear. He was a scholar of no mean attainment, despite his lifestyle, and he performed well. I took him home, fed him, and after Shabbat went out he insisted I have a smoke. The last thing I wanted was to be the first Scottish rabbi to be charged with drug use, and I told him that if he wanted a puff he should step outside into the garden, albeit it was a frozen Scottish winter’s day. Which is what he did. But then I had second thoughts and joined him and had my first and only spliff. It didn’t do anything for me but he clearly was in a happy place.

Many years later and I am now in the holy city of Antwerp. There I have a friend who is Belzer Chassid trying bravely to lead a normal life in the Ghetto. He tells me the only way he can survive without going mad is by smoking vast amounts of the weed. I am scandalized. Yet now twenty-five years later, he is a successful businessman, a father of many children, and the grandfather of lots more. He is still as good a Chassid as he ever was, and he puts it all down to pot. Go figure.

I have always been uncomfortable with any kind of dependency, even placebos. People pop far too many pills, or visit miracle rabbis and pseudo kabbalists, and they are all hooked in one way or another. Yet I strongly believe in legalizing drugs. That goes for the heavy ones, let alone the soft ones. Prohibition rarely works. It didn’t with alcohol. It opens the demand up to criminals and drug lords. It drives people underground and inhibits rehabilitation. If all drugs were legalized and taxed, part of the revenue could be used for helping, if not curing, addicts. We do this with gambling, alcohol, tobacco, and indeed with Vicodin and other medical opiates. Even then there are abuses. If the concern is that addicts put society at risk, so do alcohol and guns. Too many human beings find life too hard or self- control too difficult, to manage without their goodies or their props. 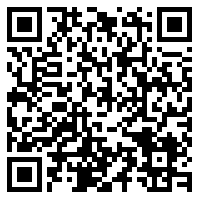