If a novice were to ask for my counsel about going into public service and running for higher office, I would start with this tidbit of advice: Pick a side. You are either for law and order or you’re against it.

And if you’re against law and order, find another career path. Elected officials owe it to their constituents to hold the law and those who defend it in the highest regard.


As we saw with the events surrounding Occupy Wall Street, certain elected officials – to say nothing of some community leaders – are too quick to ride populist waves, sowing seeds of anger and tacitly encouraging lawlessness and violence. And now, as this summer of discontent unfolds and policemen are randomly assassinated in the streets, precisely because they are policemen, many are wondering how it ever got this far, while in fact we should be worrying about how much further it will go… and for how long.

But it doesn’t have to be this way.

In Pirke Avot 3:2, Rabbi Chanina the deputy high priest taught, “Pray for the welfare of the government, for were it not for the fear of it, men would swallow one another alive.”

In 1964, pressured by a non-violent civil rights movement and under the leadership of President Lyndon Johnson, Congress passed the Civil Rights Act of 1964, which prohibited segregation in public accommodations and made discrimination in education and employment illegal. In 1965 Congress passed the Voting Rights Act, which suspended the use of any voter qualification devices that prevented blacks from voting. Other civil rights battles still lay ahead, but the civil rights movement had used a campaign of nonviolent actions to end centuries of open, legal racism in the United States.

A half-century later, we’ve allowed a quest for justice to devolve into absurd political correctness. Being pro-equal rights does not mean having to tolerate crime, regardless of the race of the perpetrators, or of the victims. Being anti-prejudice should not require blindness to facts or tolerance of abhorrent happenstances.

Those who are kind to the cruel will eventually be cruel to the kind. When we tie the hands of our police, we make it impossible for them to effectively protect our citizens. When we take away police-recommended (and highly effective) measures like stop and frisk from law enforcement, we make it harder (and sometimes impossible) for them to enforce the law.

But this is what our elected officials did. And in so doing, they encouraged some people to hate the police. The president of the United States, above all other U.S. elected officials, should be an icon of law and order for all of us. But how many of our citizens – even his political supporters – regard him that way? His refusal to condemn groups that encourage violence against police amounts to a deafening silence. How much the more so other elected officials closer to home?

First they sow seeds of discontent, then we all reap the whirlwind.

Clearly, as we define deviancy down (as Senator Daniel Patrick Moynihan phrased it) and watch the disintegration of law and order in America – as public urination is decriminalized in our city and police are shot at all over our nation – the connection should be clear.

One definition of insanity is doing the same thing over and over and expecting different results. Perhaps it’s time to consider a new direction – respect for the police and law and order – and find more satisfying outcomes. 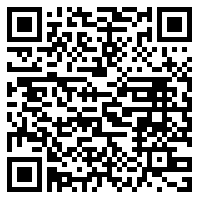