by Michael Bachner/TPS on July 27, 2016 Jerusalem (TPS) – A group of six Israeli archaeologists visiting the Temple Mount compound in Jerusalem’s Old City were attacked by employees of the Jordanian Waqf on Wednesday morning. According to the archaeologists, the Waqf officials demanded that the group leave the site after they had thought one of them picked up several olives from the ground.

Two assailants were arrested by the police and taken for questioning, but the Jewish group claims that there were approximately eight assailants in total. They also claimed that the Waqf employees took one of their mobile phones and deleted photos of the incident that had been taken and that police forces only arrived 15 minutes after the incident took place.


While the Jewish group claimed that one of archaeologists was lightly wounded in the incident, the Jerusalem police said that nobody required medical treatment following the attack.

“At first, we were not accompanied by policemen or Waqf officials,” wrote Zachi Dvira, one of the archaeologists who also heads the Temple Mount Sifting Project, on his Facebook page after the incident. “At some point, one of the participants picked up a stone from the ground. A Waqf guard who was watching us from a distance shouted at her not to pick up olives from the ground.”

“Afterwards, they decided we must end our tour even though there was plenty of time left,” he added. “An argument broke out and they became violent. Four of them assaulted one of us (Yuval Markus), tackling him to the ground and hitting him.”

“I wasn’t able to contact the four policemen who were present at the site since they were busy escorting one religious Jew,” added Dvira. “I started filming the incident for deterrence and then they attacked me and grabbed my phone to delete the footage. Only when I threatened to complain to the Waqf director by name did they return the phone. The policemen then finally arrived and arrested two of the seven or eight guards who attacked us.”

The Waqf is an Islamic trust that manages the Temple Mount on behalf of Jordan in accordance with the peace agreement signed with Israel in 1994. Waqf employees closely monitor Jews visiting the holy site and prevent them from praying, bowing, or violating the strict visitation rules imposed upon religious Jews at the site.

“This is outrageous,” Temple Mount Activist Arnon Segal told Tazpit Press Service (TPS). “These attacks could eventually result in death. The Waqf employees are being permitted to act uninhibited, without anyone putting them in their place. Netanyahu even said last week that he wanted to strengthen the Waqf. I wonder when Israeli law enforcement authorities will start enforcing the law instead of preserving international agreements that will not help us.”

The Jerusalem District Police released a statement saying that “two Waqf guards approached a group of visitors and attacked one of them during visitation hours at the Temple Mount. A police force arrested the two Waqf members and took them for questioning. The man who was attacked did not require medical treatment.”

The Temple Mount is the holiest site in Judaism though Jewish access to the site is severely restricted. The site is also the third holiest to Muslims, who refer to it as Haram al-Sharif or as the Al-Aqsa Mosque compound. 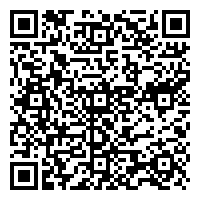