It’s Sunday night, only hours until the super-mega-Frankenstorm Hurricane Sandy descends upon the Lower East Side, reports the Lower East Side’s LowDown website, adding: “It’s a little windy and might rain, but it may be the last time you go out for a while, so by all means — go out!”

This is crazy. For 37 years we lived on the Lower East Side and whenever a hurricane was approaching, it was always somewhere else, hundreds and thousands of miles away. Now it appears that Hurricane Sandy (did they have to pick a Jewish sounding name?) is expected to make landfall smack at the Lower East Side.

The local website, The LowDown, published an image taken at the Fine Fare supermarket on Grand Street, which was packed with shoppers “stocking up before the big storm.” According to the LowDown, “the shelves are still mostly full but water and bread supplies seem to be running a little low.”

I took a look at the mandatory evacuation map and noted that the co-ops on Grand Street near the FDR Drive are not within the red zone. They should be strong enough to withstand a hurricane, with God’s help.

So now we’re sitting and waiting, here, in Netanya, Israel, for news from the old country. Our thoughts are with our family and friends on the LES – stay indoors and obey the Mayor, I suppose.

Monday morning shacharis services should be still held in the various shuls, according to an email I received from the Bialystoker Synagogue, but the weather later on Monday may prohibit people from leaving their homes safely for mincha and maariv. They will play it by ear. There are contact people in each co-op building who will know what’s the score.

The email reminded the locals that Rabbi Dovid Feinstein, the halachic authority of the neighborhood, made a shacharis minyan in his home in 2011, when Tropical Storm Irene was expected to hit the area.

The Bialystoker email thanked all the people for opening their homes for any minyanim that may be needed, and asked residents spread the word, help with chairs, siddurim, figuring out if a minyan is needed and if, should it be necessary, they may safely join a minyan in an adjacent building. Anyone who may not go to his regular minyan is asked to join a building minyan to assist those who need to say kaddish.

According to the LowDown, all day long, officials have been urging residents in New York’s Zone A to evacuate by 7 o’clock this evening. But they have been paying particular attention to the Smith Houses on James Street, near the Brooklyn Bridge. City Council member Margaret Chin and State Senator Daniel Squadron were among those on the scene at this NYCHA building, urging people to heed the evacuation order. 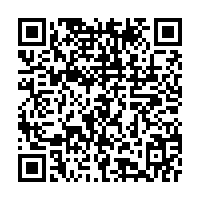