New York’s MTA has unveiled a plan to redesign the bus network in Brooklyn, amny reported this weekend.

The draft proposal of the plan includes the addition of new lines, changes to existing routes and more widely spaced bus stops.

The plan is an attempt to strengthen the reliability of the bus system and to speed up the service.

In the new design, there are 69 routes – including nine new routes – with changes to nearly every existing route and an increase in service frequency for 24 routes. Five additional routes will operate overnight.

The plan also includes the construction of bus lanes and automated bus lane enforcement on at least 17 main roads in Brooklyn – including the super-congested Flatbush and Utica Avenues.

Hundreds of thousands of Brooklynites use the bus system each day to commute to and from their jobs and schools.

“The goal is to simplify the network and improve connections, frequency, reliability and most important, bus speeds,” MTA chair Janno Lieber said Thursday in a news conference outside Brooklyn Borough Hall.

Brooklynites are invited to provide feedback to the plan during 18 different public outreach workshops, to be held in each Community Board, between January 11 and March 9, 2023. The schedule can be accessed by clicking here.

A complete overhaul of the system is expected to be in operation in all five boroughs by 2026. 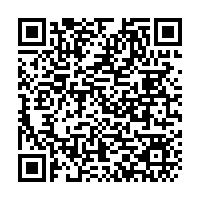