The New York City Council has launched an investigation into alleged antisemitism at CUNY (City University of New York) and other New York City college campuses, according to a report published this week by the New York Post.

An oversight hearing called “Examining Antisemitism on College Campuses” is scheduled to be held on June 8 by the city council’s Higher Education Committee.


Private colleges in the city may also come under the microscope at the hearing.

One week ago, Brooklyn councilmember Inna Vernikov pulled $50,000 in discretionary funding that was earmarked for CUNY Law School in response to the faculty council support for BDS.

NYC Councilmember Cuts 50K in Funding to CUNY Over Antisemitism

Vernikov, a Ukrainian-born Jew and the ranking Republican on the city council’s higher education committee, is a staunch defender of the State of Israel.

She noted in a statement that visibly Jewish and pro-Israel students no longer feel safe to express their views at their colleges, and many are concerned about their physical safety.

As far back as 2016, and even before, antisemitism was posing a threat to Jewish students on campus, so much so that CUNY appointed outside counsel to review the allegations.

Thirteen Jewish city council members signed a letter sent to CUNY that year, demanding the immediate suspension of the campus branch of Students for Justice in Palestine (SJP), an international anti-Israel organization dedicated to the destruction of the Jewish State. The lawmakers received no response.

SJP has an active branch at five CUNY campuses: Brooklyn College, CUNY Staten Island, Hunter College, John Jay College, and CUNY Law School. It is important to note that as far back as 2014, there were already 45 SJP branch organizations on college campuses across the United States.

The issue of antisemitism on campus reached the White House finally in December 2019, at which point then-President Donald Trump signed an executive order adding antisemitism to Title VI of the 1964 Civil Rights Act.

But it has done little to stop the nightmare.

“The embracement and normalization of BDS by both CUNY students and faculty has fostered an extremely hostile campus environment that has resulted in the more blatant forms of antisemitism that are becoming all too common in our city,” said Bronx Councilman Eric Dinowitz, who chairs the higher education committee as well as the council’s Jewish Caucus.

A recent vote by the faculty council of CUNY Law School backing the international Boycott, Divest and Sanctions economic war on Israel was the straw that broke the camel’s back and prompted the city council to launch its probe, according to sources quoted by The Post.

Pro-Palestinian Authority activist Nerdeen Mohsen Kiswani – who has called to “globalize the intifada” and abolish the State of Israel – was asked to speak at the school’s recent graduation ceremony.

“It is crucial for the Council to ensure that our CUNY system, a national model for higher education, does not descend into the singling out of the only Jewish state in the world, and in turn, ostracize our Jewish students and residents,” he added.

“CUNY is no exception, having had multiple disturbing bias incidents and in many cases a culture of anti-Jewish sentiment that demands the attention of the City Council,” he said.

Former State Senator Dov Hikind, who founded the Americans Against Antisemitism movement, called CUNY Law School a “cesspool of antisemitism and BDS” and wondered in a tweet why any New York leaders who “love to condemn Jew-hatred” hadn’t taken any concrete action.

Hikind called on the lawmakers to follow Vernikov’s lead.

.@CUNYLaw has become a cesspool of antisemitism & BDS—so why haven't any NY leaders who love to condemn Jew-hatred taken any concrete action?!

They ought to follow @InnaVernikov's lead & do the right thing without checking which way the wind is blowing!#TakeAction > #CheapTalk pic.twitter.com/voOdxwJ8Gg

CUNY Chancellor Felix Matos Rodriguez said in an emailed response on May 28 to a complaint from former longtime trustee Jeffrey Wiesenfeld that CUNY “does not support and to be clear cannot participate in BDS activities and is required to divest public funds from any companies that do.”

Rodriguez added that he joined 12 CUNY college presidents and deans in a recent “Scholars as Bridge Builders” trip to Israel that was organized by the Jewish Community Relations Council of New York (JCRC-NY).

In addition to their visits to two of the most left-wing universities in Israel – Tel Aviv University and Hebrew University – the group visited Sapir College in Sderot, and met with the former higher education minister of the Palestinian Authority. 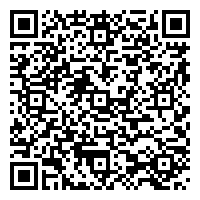