Governor Kathy Hochul signed a law on Wednesday prohibiting a range of colors for use on toy guns in hopes the move will prevent such toys from being used to commit crimes.

Legislation S.687/A.3998 bans imitation weapons unless they are brightly colored or completely constructed of translucent materials.


The bill is intended to make it easier for law enforcement to identify a toy gun as “fake” when assessing threats.

“Restricting these realistic-looking devices will ensure misleading and potentially dangerous devices are off our streets, keeping kids, law enforcement and all New Yorkers safe,” Hochul said.

Certain imitation weapons are already prohibited by New York City; however, the new law will create consistency throughout the state.

Limited common-sense exceptions for special use, such as imitation weapons used in theatrical productions, are permitted, the governor’s office said.

According to data released by the Office of the Attorney General, there have been at least 63 shootings in New York State as a result of individuals mistaking imitation weapons for real firearms, eight of which have resulted in fatalities, and hundreds of crimes have been committed in New York City with imitation weapons. 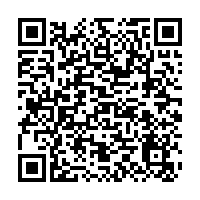