For those who might be wondering why top-tier journalist Bari Weiss turned in her desktop and walked away from what some might consider one of the best jobs in the Big Apple, here’s a thought: bullying doesn’t end in grade school and neither does antisemitism. They simply morph into something more stylish, sneakier and far nastier.

The victims are still at the butt end of Hell on wheels at the end of a very long day, nearly every day. It’s just that one never thinks it could happen to one who is known to be a master of the English language. And yet, it does.


It happened to Weiss — a writer and staff editor at The New York Times who has been writing about culture and politics, and who came to her current post three years ago from an equally elite position at New York’s high-brow financial oracle in print and online, The Wall Street Journal.

A Pittsburgh native with a degree from Columbia University, Weiss is the author of How to Fight Anti-Semitism, to be published by Crown this September.

In the letter of resignation she posted to the paper’s publisher on her website Tuesday, she wrote that she was hired to bring in “voices that would not otherwise appear” in the pages of The Times.

Despite her hopes and efforts, that did not happen, she lamented.

“Twitter is not on the masthead of The New York Times. But Twitter has become its ultimate editor,” she wrote. “…Stories are chosen and told in a way to satisfy the narrowest of audiences, rather than to allow a curious public to read about the world and then draw their own conclusions.

“My own forays into Wrongthink have made me the subject of constant bullying by colleagues who disagree with my views. They have called me a Nazi and a racist; I have learned to brush off comments about how I’m “writing about the Jews again.” Several colleagues perceived to be friendly with me were badgered by coworkers. My work and my character are openly demeaned on company-wide Slack channels where masthead editors regularly weigh in. There, some coworkers insist I need to be rooted out if this company is to be a truly “inclusive” one, while others post ax emojis next to my name. Still other New York Times employees publicly smear me as a liar and a bigot on Twitter with no fear that harassing me will be met with appropriate action. They never are.

“There are terms for all of this: unlawful discrimination, hostile work environment, and constructive discharge. I’m no legal expert. But I know that this is wrong.”

In an article for VICE about Weiss’ decision to resign, Laura Wagner cited the above excerpt, following it with nothing else, other than this:

As previously reported by VICE, among the questions top brass was asked at an all-hands The Times held last month was whether Weiss would be fired for “openly bad mouth[ing] younger news colleagues on a platform where they, because of strict company policy, could not defend themselves.” 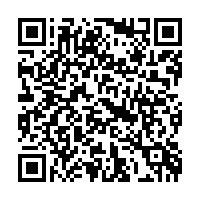