While coronavirus cases in Israel have been increasing in alarming numbers and affecting the lives of Israelis, there are brief reminders for the EMTs and paramedics of Israel’s national emergency medical service fighting to stop the spread of the virus that life continues.

Daniel Yaso, an EMT and ambulance driver for Magen David Adom, began the morning shift in a completely routine manner in early July. Working for the organization for three years, he has treated a wide variety of cases and thousands of patients — yet had never delivered a baby.


During his shift, Yaso was required to delivers two babies in Netanya, both of whom he later evacuated to Laniado Hospital in the city. A boy was born at 8:27 a.m., followed by a girl at 12:20 p.m.

“For three years I was waiting for this moment!” said Yaso. “During the MDA medics course, I learned how to deliver a baby and also practiced it with smart dolls, but I was a little worried about the first birth I would have to do on my own. I received a double dose of joy and helped delivering two healthy, cute babies.”

“It was an easy experience but Daniel’s presence made it easier,” said Tesfahon and Atitgb Tsekla, the parents of the boy. “He was capable and professional. God really sent him specifically to help us.”

“In my first birth, I was a little nervous, said Yaso. “By the second birth I was already more experienced and relaxed. Now I’m already looking forward to the next case.”

“We were impressed by his calmness and seriousness,” said Gadi and Ayala Makata, the parents of the girl. “One moment David was driving the ambulance and as soon as the EMT who was with him told him that the birth had started, he stopped at the side of the road and together they gave birth to our daughter. We were both very relaxed thanks to them and we are very thankful to them for helping us in these happy moments. We have no words to thank them.” 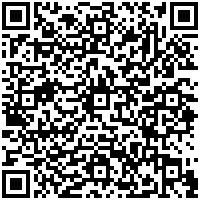