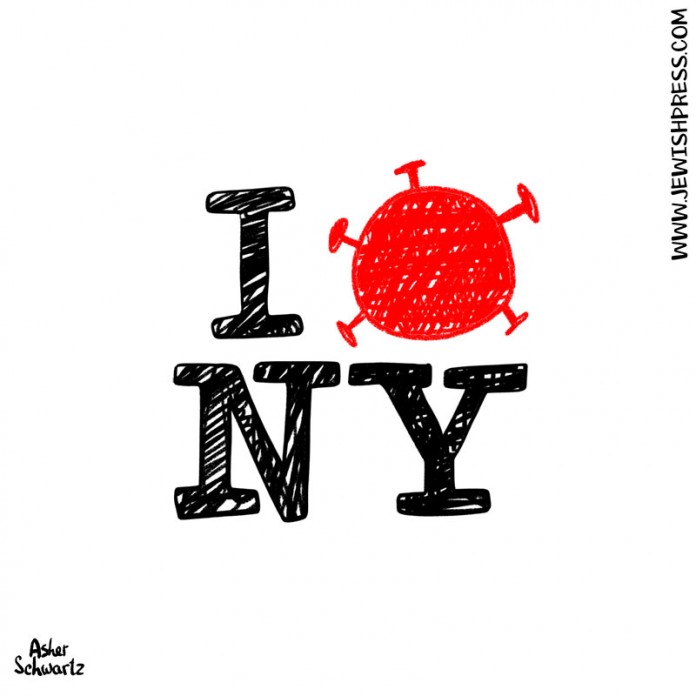 The Coronavirus, COVID-19, has been reversing its deadly course in which it ravaged the health of more than 43,000 New Yorkers since the virus took hold early last year.

As of June 6, however, there are still 463 positive cases across the state; 800 people are hospitalized; more than 200 patients are in an intensive care unit; and 120 are intubated. In May, 463 New Yorkers died, and the first of June saw 72 deaths from COVID-19. The first four months of this year saw more than 11,600 New Yorkers succumb to the virus. From April to December of 2020 there were 30,437 deaths reported across the state.

Governor Andrew Cuomo celebrated the good news of getting close to herd immunity, with a 68.6% vaccination rate in the state.

“New Yorkers continue to beat back COVID-19 by getting vaccinated and practicing safe behaviors, and we’re making progress rebuilding New York for the future,” he said. Vaccination is the key to defeating this terrible virus for good and we need all New Yorkers who haven’t yet received the shot to do so.

“We’re upping our game with new incentives to encourage New Yorkers to get vaccinated, including a $5 million lottery and free full scholarships to SUNY and CUNY. The numbers are coming down as more shots go in arms every single day, and we’re lifting restrictions to help New Yorkers move into the new normal and build our economy back.”

The governor drove home the point that New Yorkers, especially in the Jewish communities of Monsey and Spring Valley (Rockland County), Monroe (Orange County), Far Rockaway (Queens) and Crown Heights, Borough Park and Marine Park (Brooklyn) need to up their game when it comes to getting vaccinated.

“We have to hit 70 percent. When we hit 70, it’s going to be a day to celebrate and the restrictions will come off and we can say we did it. We did it,” Cuomo said joyfully. “We went from the highest infection rate on the globe to one of the lowest positivity rates and one of the highest vaccination rates on the globe. A turnaround story that has never been seen in this state – and we saved thousands and thousands of lives in the meantime.”

Meanwhile, with all the good news, Senate and Assembly Republicans are calling for the legislature to rescind the governor’s state disaster emergency declared on March 7, 2020, under Executive Order 202, and finally revoke his unilateral decision-making authority.

“We are in the last week of the legislative session, and the majorities in the Legislature are content to leave Albany and let the scandal-engulfed governor have total control over every aspect of New Yorkers’ lives,” said Senate Republican Leader Rob Ortt (North Tonawanda, Niagara County). “We have repeatedly advanced an amendment to strip the governor of his emergency powers and the Democrats unanimously reject it, despite it being clear that their sham repeal bill passed in March did nothing. Today, we have joined the Assembly to introduce a concurrent resolution that would terminate the state disaster emergency and remove the governor’s unilateral control once and for all.”

“We are in a state of recovery – not emergency – and it’s time New Yorkers are able to return to their daily routines and a sense of normalcy,” said Assembly Republican Leader Will Barclay (R – Pulaski, Oswego County). The process has been long. Many lessons have been painful, but it’s time to finally move forward. Fortunately, the state’s COVID infection rate is reaching its lowest levels while the number of vaccinations steadily increases. The virus is no longer stressing the limits of our health care system. We’ve made great progress fighting back against the virus and restrictions have been loosening for months. While there is still work to do and goals to achieve, New York State doesn’t need to operate under a state of emergency to get there.”

Ortt and Barclay were joined by members of each conference calling for the elimination of Cuomo’s emergency powers.

“We have seen a record low of COVID-19 cases and hospitalization rates. Our vaccination programs are running efficiently and reaching millions of New Yorkers. The governor himself has even said only 1.4 percent more of New Yorkers need to be vaccinated in order to lift all restrictions. It’s abundantly clear that New York is moving forward rapidly,” said Mike Lawler (Pearl River, Rockland County). “New York no longer requires unilateral decisions made by the governor during the onset of the pandemic. It’s time to remove the declared state of emergency, which also completely eliminates his expanded powers.”

On another front, the court system continues to open up layers of the legal system to in-person prosecutions.

“The next significant step is the resumption of in-person arraignments in the New York City Criminal Court, beginning with day arraignments in the Manhattan Criminal Court on Monday, June 28, followed by Kings County on July 6, and Bronx, Queens and Richmond counties on July 12. Resumption of in-person night and weekend arraignments will follow one week later in each county,” said New York’s top judge, Janet DiFiore, chief justice of the New York Court of Appeals. “Since the beginning of the pandemic, our judges and staff across the state have done an exceptional job of working with the district attorneys, defense bar and criminal justice stakeholders to ensure that every individual arrested and held in custody was expeditiously arraigned before a judge. Over the last 15 months, we have successfully conducted almost 100,000 virtual arraignments in the New York City Criminal Court and over 200,000 statewide.

“While conducting arraignments virtually was an absolute necessity during the pandemic, it was never intended to be anything but a temporary solution. And now that the Covid metrics have greatly improved, more than half of New York City residents have received at least one dose of the vaccine, and we are back to full in-person staffing, the time is right to restore face-to-face interaction in these important proceedings where charged individuals have the critical opportunity to interact with their lawyers for the first time, and where the court first exercises its jurisdiction and authority over the defendant, issuing decisions on bail affecting liberty interests, as well as orders of protection and other directions governing an individual’s release.” 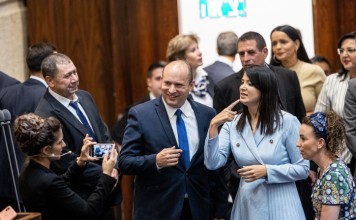 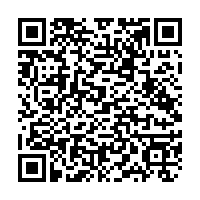