In last week’s Polish television episode of Who Wants to Be a Millionaire, Dawid Michalewski, an entrepreneur from Opole, in southern Poland, managed to come up with the correct answer to the 500,000 zloty ($136,122), which he answered correctly, the news website Fakt reported (W „Milionerach” padło pytanie za milion złotych. Znasz na nie odpowiedź?). On Monday this week, Michalewski faced the challenge of playing for a million zloty ($272,244).

“This is what we are born and live for,” said the host Hubert Urbański. “You are the record holder, this is the third time you have come to our studio.”


Over the past 21 years of the Polish edition of “Milionerzy,” only three contestants have won three million zloty. So, naturally, Monday evening was a very emotional time for millions of Poles who sat eagerly in front of their sets. The Polish nation was one question away from watching one of their own winning a million zloty for the fourth time in the game’s history.

So, without further ado, here is the million zloty question:

The Jewish Festival of Lights, also known as Chanukah, lasts eight days. How many holiday candles are lit on the eighth day on a special candelabra?

“Hubert, I think I will take the risk, I have succeeded so many times,” Dawid replied.

What do you think, boys and girls, did Dawid win a million zloty?

“The correct answer to this question is, unfortunately, eight,” said Urbański, and added, “You have no idea how sorry I am.”

According to Fakt, “the Chanukah candelabra has nine arms, eight of them are for holiday candles, and the ninth, or shames, is for the candle that lights the other candles.” 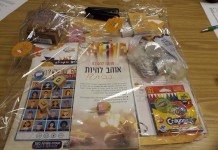 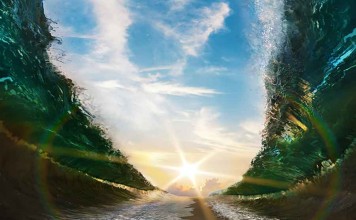