Ed. Note: This report has been updated to reflect new information learned a number of days after three police officers were allegedly “poisoned” by milkshakes from the Shake Shack in Lower Manhattan on June 15.

NYPD has determined “no criminality” after three police officers were allegedly poisoned by milkshakes they were served at the Shake Shack in lower Manhattan Monday night while on duty covering the ongoing George Floyd “protests.”


“After a thorough investigation by the NYPD Manhattan South investigators it has been determined that there was no criminality by Shake Shack’s employees,” NYPD Chief Rodney Harrison, chief of detectives, tweeted early Tuesday. There were no other reports from any other customers from the restaurant complaining of food poisoning or contaminated drink, nor from employees either.

The three officers had ordered the drinks via an app on their phones before going to the restaurant to pick them up — so clearly they could not have been specifically targeted, since the worker who prepared the drinks had not seen them and had no idea they were cops. They were wrapped and ready to go well before pickup.

According to a report by the New York Post, the officers realized soon after starting to sip their drinks that something wasn’t right — they didn’t taste right and they didn’t smell right — so they trashed them and told a manager at the restaurant, who apologized. They were given vouchers for freebies next time around instead, sources told the Post.

The drama started once the officers told their sergeant about the incident. The supervisor sent ESU (Emergency Services Unity) to the restaurant to search for evidence at around 9:20 pm — about two hours after they got their milkshakes.

The officers were “rushed” to Bellevue Hospital for a workup — and were subsequently released after showing no symptoms, according to the sources who spoke with the NY Post.

But while all that was going on, emails had gone out from their precinct with a heads-up to the unions about the “poisoning.” And that’s when the drama got started, with claims that “a toxic substance, believed to be bleach, had been placed in their beverages.”

The officers’ union, the New York City Patrolmen’s Benevolent Association tweeted that night its concern, “We cannot afford to let our guard down for even a moment.”

Later on the labor union for the New York City Detectives also condemned the incident, tweeting its suspicions the officers were “intentionally poisoned by one or more workers.”

Both tweets were later deleted once it became clear the entire thing was blown out of proportion.

The Shake Shack tweeted a statement saying it was “horrified” by the incident, adding the company was “working with the police in their investigation.”

We are horrified by the reports of police officers injured at our 200 Broadway Shack in Manhattan. We are working with the police in their investigation right now.

Our team is working hard to get the full picture. In the meantime, we’re relieved to hear the officers are all okay. https://t.co/rjJYFSYjZc

Employees at Shake Shack were questioned and a sample of the shake was taken to a lab for testing. Subsequently it was found that “milkstone remover” was used to clean out the machine before the cops placed their orders, sources said, and the machine still contained some residual. Milkstone remover is an acidic solution used to eliminate dairy buildup in equipment.

A spokesperson for the NYPD said the incident is still under review. 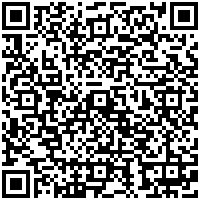