The matter of applying Israeli sovereignty to certain areas of the West Bank is being assailed from both left and right. The left-wing camp, backed by many former army officers and public servants, is portraying the idea as such a morass of risks as to invalidate the possibility that it contains any kind of opportunity at all. From the right, leaders of the settlement enterprise speak not only of grave security risks but of an irreversible step that awards the Palestinian Authority half of the territory that is still in Israel’s hands, which is known as Area C.


In the debate with the left, Netanyahu enjoys public support including from a growing group of former officers and security officials. The more difficult dilemma is the one posed by the right.

David Ben-Gurion faced a similar dilemma in 1937 when accepting the Peel Commission’s partition plan, which offered the prospective Jewish State a small fraction of the territory of mandatory Palestine. “The Jewish state now being offered us… is not the Zionist goal, but it could serve as a decisive stage on the way to realizing the larger Zionism,” he said, in an encapsulation of his perception of Zionism as a ceaseless pioneering struggle. (It is doubtful whether that sort of logic underpins Netanyahu’s approach.)

From a security standpoint, however, several things need to be clarified. First and foremost is the matter of control of the West Bank’s main traffic arteries. The prime minister promises that after the implementation of the Trump plan, the IDF will remain in charge of security on the ground, certainly when it comes to those key arteries. Yet security control in itself is not enough. If an artery is partially under Palestinian sovereignty, there will be no way to prevent dense construction on both sides of it. That means Israeli security control will dwindle until it becomes impossible.

PM Yitzhak Rabin understood this when he conditioned progress in the Oslo process on the completion of bypass arteries, such as the Tunnels Road leading to Gush Etzion and the Ramallah bypass road. These roads were not paved merely to make it easier for local Jewish residents to get to Jerusalem. They were an operational necessity. During Operation Defensive Shield (2002), these roads enabled the swift movement of IDF forces throughout the West Bank to suppress the Palestinian war of terror.

The upshot is that Israel must maintain full control of the main West Bank’s traffic arteries. This includes Highways 5 and 35 as well as Highway 60 north and south of Jerusalem, which is a critical link between the city and the communities that envelop it—to the north in the Eli-Ariel bloc and to the south in the Kiryat Arba bloc. Without Highway 60, Jerusalem will be unable to fulfill its metropolitan role and will degenerate into a border town.

Notwithstanding the undeniable risks, the application of Israeli sovereignty to the Jordan Valley and parts of the West Bank is a historic opportunity. It should be implemented in the light of a perennial vision, as part of the ceaseless process of redeeming the people and the land. 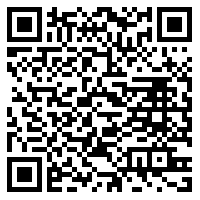