The Rabbinical Alliance of America applauded New York Governor Kathy Hochul for her veto last week of a bill it says is antisemitic in nature.

Hochul vetoed New York State Senate Bill S1810A, known as the Community Preservation Fund for the Town of Chester Bill. It would have allowed Chester in Orange County to establish a “community preservation fund” to purchase open land and prevent the expansion of housing there.

Critics of the bill say its true purpose is to prevent the expansion of the Orthodox Jewish community.

Rabbi Mendy Mirocznik, executive vice president of the RAA, said in a statement that “we appreciate the diligent attention given by Governor Hochul in vetoing this bill which many in the Orthodox community feel was designed to discriminate against the growing Hasidic population in the area. Governor Hochul sent the message that it is unacceptable to enact laws that serve as a tool to discriminate.”

In her veto message, Hochul said, “There has been well-documented tension in the town of Chester between local officials and members of a specific population of the Hasidic community which has also resulted in litigation. Similar unease exists in the neighboring area of Blooming Grove. In light of ongoing and historical tensions, it would be inappropriate to sign this legislation at this juncture and I am therefore constrained to veto this bill.”

Chester has previously been accused of discriminating against the town’s Hasidic community. In 2018, then-Town Supervisor Alex Jamieson was caught on tape saying, “We need to keep the Hasidics out.”

The bill’s advancement through the legislature came even after a similar bill was vetoed by Governor Andrew Cuomo in November 2019, due to pending litigation.

New York State Attorney General Letitia James filed a lawsuit against the town for violating the Fair Housing Act, and an agreement was reached last year with Chester and Orange County to end the discriminatory practice.

“Legislators bear the responsibility to examine, and veto if appropriate, proposed legislation prior to its enactment. They have a moral obligation to ensure that a proposed law will not have a discriminatory impact,” the RAA statement said. “The Rabbinical Alliance of America applauds Governor Hochul for stepping in where the legislature failed and preventing the discriminatory Community Preservation Fund for the Town of Chester Bill from becoming law. By doing so, Governor Hochul has averted a law that would have caused friction in the community and enabled interested parties to target the Hasidic community with discriminatory actions.”

Agudath Israel, which had requested the veto, tweeted its thanks to Hochul “for listening to our concerns, along with other advocates, and vetoing this bill. We will continue to oppose any and all measures that place artificial barriers on the growth of Orthodox communities in New York State.” 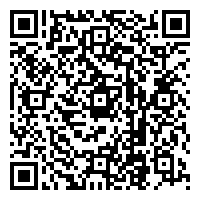