Elisha Yered, who calls himself an “eternal hilltop youth,” but works for a living as a media consultant for MK Limor Sonn Har Melech (Otzma Yehudit), tweeted Thursday night: “Returning from a long day of swearing in a government in the Knesset, and it turns out someone had arranged a surprise for me. A closed military area order was imposed on our hill in the last few hours, and, basically, with the swing of a pen it puts the families on the hill and my wife, who gave birth a week ago, at risk of being arrested for being at home.”

National Security Minister of National Security Itamar Ben Gvir Itamar Ben Gvir on Friday morning responded angrily to what he called an underhanded grab (mechtaf in Hebrew): “Benny Gantz sits in the plenum and preaches about national values, while at the same time carrying out an anti-democratic grab after the new defense minister had already been appointed.

“The closed military area order that was given yesterday to the residents of Ramat Magron on instructions from the outgoing defense minister, after the new minister had already taken office, is an anti-democratic grab by those who lost power and a direct continuation of the war that Gantz declared on the Jewish settlement enterprise in Judea and Samaria and the harsh policy he conducted from the Defense Ministry against the settlements.”

It was a particularly nasty and vindictive move on the part of the DM on his very last day in office, taking advantage of the fact that while his successor––MK Yoav Galant––had already been announced, he had yet to be sworn in.

But, of course, Benny Gantz was never good with endings. At the conclusion of the August 2014 Gaza war, then-IDF Chief of Staff Gantz was quick to announce that the quiet had returned to the Israeli Gaza Envelope settlements and they should go out and enjoy nature without fear. So, 4-year-old Daniel Tragerman from Nahal Oz did just that and was killed by a mortar shell. Loathing Gantz for that careless announcement is something shared by many Israelis on the left and the right.

On August 11 this year, Gantz sent hundreds of police and civil administration officials who brutally dismantled the Ramat Migron outpost in the Binyamin Region. They destroyed homes and evicted many residents, then went away. The settlers, who have grown used to this abuse, worked hard to rebuild and repair – only to be visited again on August 15 by as many brutal police officers who demolished with relish the same homes they had destroyed earlier. Gantz’s special brand of sadism and hate was all over the operation.

On that second attack, police brutally attacked residents who were recording their assaults and confiscated their phones. According to a report, one commander yelled out “Smartphones” and in an instant, dozens of cops grabbed those instruments from the residents’ hands.

The Ramat Migron settlers said at the time that this was Gantz’s way of showing his leftist voters that he was their man for the job of eliminating Jewish life from Judea and Samaria. Gantz was always a tiny bit despicable in his attempts to communicate. In January 2019, as part of his entry into politics, Gantz posted a campaign video featuring a counter of dead Arabs he put down as chief of staff. It was quite revolting.

In my pre-Rosh Hashanah report (Man of the Year 5782: Regavim, the Most Grownup Rightwing NGO in the Room) I was taken aback by how much of the blame for the slippery slope of the Arab takeover of Area C the Regavim team attributed to Gantz:

On August 15, Regavim issued a warning statement about Gantz. Issuing a warning is very much out of character for the way Regavim runs its business:

In the three years that Benny Gantz has been serving as Minister of Defense, the campaign over Area C has turned into a comedy sketch. During this period, thousands of new illegal Palestinian buildings were built, occupying a huge area of about 25 thousand acres in area C in Judea and Samaria.

There’s no such thing today as equal enforcement of the law in the face of the Palestinians’ insane construction scopes that have no equal – strategic and targeted construction for the establishment of a de facto Palestinian state in areas C. The State of Israel has never before had a Minister of Defense who failed to understand what it means to protect territory. This is sad, scary, and dangerous.

Finally, one of the things that are eating Gantz up inside is not the victory of the settlement enterprise, but the fact that his successor as defense minister is Likud MK Yoav Galant. In 2011, Galant was tapped to succeed Gabi Ashkenazi as the next Chief of Staff by Defense Minister Ehud Barak. His appointment was approved by the government but was eventually overturned over allegations that Galant had built an unauthorized access road to his home and planted an olive grove on public land outside the boundaries of his property. Only after Galant’s fall was Gantz picked to lead the IDF.

He’s been walking around with that bitter sense of being second-best for more than a decade, and on Thursday he discovered it had been true all along: he really is second-best.

It may explain his vindictive move against an outpost that everyone knows will become legal in short order.

What a sad man. 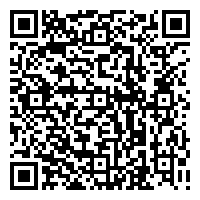