At least eight people are dead and 12 others are injured after a terrorist drove a white Home Depot rental truck on to a bike path traveling south along the West Side Highway Tuesday afternoon, near Houston Street heading towards Chambers Street in Manhattan at around 3:05 pm.

One police officer is among the wounded. Two of the victims were staff members from nearby Stuyvesant High School; two were young people from the school, including one who is reported to be in critical condition. The school bus on which they were riding was struck by the terrorist’s truck, a collision which ended his murderous 20-block rampage.


Officials have confirmed that the terrorist has been identified as Sayfullo Saipov, 29 and that he resides in Tampa, Florida. Saipov is originally from Uzbekistan, according to ABC News, and is known to have come to the United States in 2010 on what was called a “diversity visa” lottery program that resulted in a Green Card.

Law enforcement officials confirmed to the Associated Press that the suspect shouted “Allahu Akhbar” after exiting the truck he used to mow down pedestrians and cyclists. The truck was rented at a Home Depot in Passaic, New Jersey.

The incident could have been much worse: the attack took place just as nearby Stuyvesant High School was letting out. A world-renown Halloween parade is scheduled to take place in the area later that day. The event draws at least a million marchers and spectators.

“Let me be clear: This was an act of terror, a cowardly act of terror aimed at innocent civilians,” Mayor Bill DeBlasio said firmly.

“We have the finest security on the globe,” added New York Governor Andrew Cuomo. “We know this new terror tactic is one they’ve called for publicly, the ‘lone wolf’ attack,” Cuomo said.

“The actions of one individual are intended to cause pain, and harm, and maybe death and certainly terror. . . We will be vigilant,” he underlined. “There is no evidence to suggest a wider plot.

“We go forward together, and stronger than ever. We’re not going to let them win,” Cuomo said. “If we change our lives and contort ourselves to them, then we lose.”

Cuomo sought to reassure New Yorkers there was reason for ongoing anxiety. “You will see more security,” he said, “but it is out of an abundance of caution.

“There will be justice,” he said.

U.S. President Donald Trump tweeted his support for New Yorkers about an hour after the briefing.

In NYC, looks like another attack by a very sick and deranged person. Law enforcement is following this closely. NOT IN THE U.S.A.!

In addition to deliberately running over pedestrians and those riding bikes, the attacker also struck a yellow school bus, with two adults and two children riding as passengers, as he drove down the wide path. The truck was traveling near Stuyvesant High School not far from the location of Ground Zero, the site of the 2001 Al Qaeda attack on the former Twin Towers of the World Trade Center.

A spokesperson for Home Depot confirms one of their trucks, a rental, was involved in the NYC incident.

The suspect was taken into custody after he exited the vehicle with a BB gun in one hand and a paintball gun in the other, and was shot by police.

A number of witnesses said the perpetrator shouted “Allahu Akbar!” — Arabic for “God is Great,” the jihadist war cry, when he exited the truck. New York Police Commissioner O’Neill subsequently confirmed that account.

New York City police closed the FDR highway in order to rush victims to Bellevue Hospital. Police declined to say where Saipov was hospitalized. He is listed in grave condition. 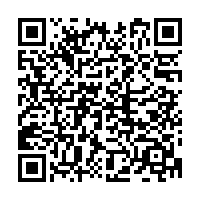