An unfinished tunnel has collapsed at Punggye-ri, the main nuclear testing site in northeastern North Korea, initially killing 100 people within the tunnel.

A second group of 100 people was also killed when they tried to rescue the entombed workers.


Reports of the disaster are only now surfacing, although the collapse occurred on October 10, according to reports by TV Asahi in Japan, and South Korea’s Yonhap news agency.

TV Asahi reported that North Korea’s massive nuclear test of a hydrogen bomb on September 3 at the Punggye-ri site, which set off a 6.3-magnitude earthquake in the area, may have weakened the bedrock in the area and caused the cave-in. The bomb that was tested was reportedly miniaturized in order to be able to fit into the warhead of an intercontinental ballistic missile.

North Korea said the test — a blast 10 times more powerful than that caused by the atomic bomb dropped over Hiroshima at the end of World War II — was a “perfect success.” The DPRK called it a “meaningful” step forward in its drive toward a weapon of mass destruction.

However, some scientists warned at the time that nearby Mantap mountain showed signs of “tired mountain syndrome” and could collapse and release radiation, according to a report by The Washington Post. Radioactive xenon-133 was detected in South Korea after the test, Fox News reported.

There are deep concerns over possible leaks of radioactivity that could lead to damage similar to Fukushima or Chernobyl, but little information is being released by the DPRK.

U.S. President Donald Trump is scheduled to begin a 12-day trip to the Asian continent this Friday. 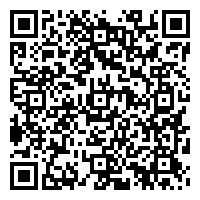