An Orthodox Jewish man was stabbed “at least four times” Monday afternoon in midtown Manhattan after accidentally bumping into a FedEx employee near 33rd Street and Fifth Avenue.

The FedEx employee stabbed the Jewish man “at least four times” according to an eyewitness at the scene.

Stabber said the guy attacked him but I saw most of what happened and that was bullshit. It was so bizarre and disturbing. Great response by #NYPD to catch the stabber.

The suspect was taken into custody by police.

The victim was rushed to Bellevue Hospital and is currently listed in very serious condition.

The family requests the public pray for the recovery of Yaakov ben Yocheved.

A Kafkaesque Affair In Samaria 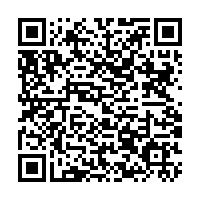