Several hundred people gathered at City Hall on Sunday to rally against hate and denounce the exponential increase of violent attacks on Jews in New York City.

Speakers at the rally called on Congress, New York City’s Mayor Bill de Blasio, African American leaders including Al Sharpton, the media, and Jews themselves, to call out and put a stop to anti-Semitism.

Hikind said, “It’s out of control and the mayor needs to declare a state of emergency!” Hikind asked why New Yorkers should be afraid to walk the streets in 2019, as he decried the current situation, “Jewish blood is running in the streets.”

Accompanied by intermittent chants from the crowd of “Jews fight back!” one speaker after another called out the members of the U.S. Congress who indulge in anti-Semitism – and those who allow congress members Ilhan Omar (D-MN) and Rashida Tlaib (D-MI) to retain their congressional committee seats despite their outright anti-Semitic comments and actions.

New York City Councilman Chaim Deutsch said he can work with his colleagues at the city council but has a much harder time working with NYC’s Mayor Bill di Blasio. Deutsch questioned why the city council were forced to pass a bill to establish a new office of hate crime prevention, fight for additional security for schools through a city council bill, and put in $2 Million initiative for NYPD cameras around synagogues and houses of worship.

Expressing disappointment that more Jewish leaders did not attend the “Say No to Hate” rally, Rabbi Aryeh Spero chastised the leaders of well-known Jewish community organizations including the ADL, AJC, and Conference of Presidents who he said will only attend “fancy meetings” in New York City offices but abandon the lone Jew on the street.

Councilman Yeger did not speak at the podium, despite having been invited to, but stood among the crowd throughout the entire rally, as a concerned New York City resident, while being recognized and lauded by Dov Hikind.

Other speakers included Nisi Jacobs, Founder and CEO of WoMen Fight anti-Semitism, who lambasted Senator Chuck Schumer (D-NY), saying he lives one neighborhood away from Crown Heights where bricks are thrown at Jewish men’s heads, Jewish men are belted in the head in broad daylight, and 21 year old hassids are jumped on their way to work, but Schumer still refuses to acknowledge it.

Contrary to Mayor de Blasio who blames these anti-Semitic attacks on white supremacists instead of calling it what it is, Jacobs said, “There is not a single white supremacist in the Crown Heights neighborhood.”

Deneen Borelli, American conservative author, columnist, and television personality blamed anti-Semitism on “selected bias” and the “silent media” who refuse to call anti-Semitism what it is. And while the radio personality Sid Rosenberg urged Jews to leave the Democratic party if it continues to willfully ignore anti-Semitism, Israel Bitton, director of Americans Against Anti-Semitism, said, “Jews are sick and tired of being victims…when we see something, we must say something whether it is at work, at school, or in public spaces.”

Finally, Kelli Muse, bureau chief of the hate crimes office at the Brooklyn D.A’s office, who attended along with her staff, said her office has a 24/7 hate crime hotline (718-250-4949) to report hate crimes. 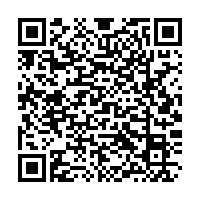