Yet, it has been accomplished in the past (both Mayors Giuliani and Bloomberg were Republicans, as was Governor Pataki), and first-time candidate Naomi Levin hopes to repeat this feat on November 6. Levin, a Modern Orthodox Jew, is running against Jerry Nadler to represent New York’s 10th congressional district.

Naomi Levin: I’m a software engineer. I got a dual degree in computer science and biology from Boston University, and I’ve been on the forefront of emerging technology in New York City. Every company I’ve joined has been a startup. I’ve also been an activist for many years for a strong U.S.-Israel alliance and other issues I care about.

How about your family background?

My parents are immigrants from the former Soviet Union. I grew up in Boston where I went to Maimonides for school and have been living in New York for many years.

How and why did you enter politics?

I’ve always been interested in politics. I love this country and have a deep appreciation of its values – freedom of expression, freedom of association, free enterprise. These are all things my parents didn’t have in the Soviet Union. Everything was controlled by the government. There was equality, but only inasmuch as everyone was poor – which is what socialist policies lead to.

We have the greatest set of values known to mankind, and we need to teach them to the next generation and nurture an appreciation for what makes our country great.

I originally got involved in this race, though, because of the Iran nuclear deal. Jerry Nadler was the only Jewish congressman in New York who voted for it, which was a betrayal of his constituents.

Nadler has been in Congress for 26 years. An old adage teaches us not to change horses midstream. Why, then, should voters abandon Nadler in favor of you?

I think Jerry Nadler has overstayed his time. I think he cares mainly about obstructing the agenda of our administration and does not have much steam left for his voters.

His voters are much more favorable to allies like Israel than he is. And his voters are surely more interested in improving our economy, creating jobs, and empowering businesses than obstructing the administration, which seems to be Nadler’s main interest.

What percentage of your district is Jewish?

Twenty-five percent. But I don’t think Jews are the only people who care about a nuclear Iran. We’re also the district of Ground Zero.

What’s your opinion of Trump?

Orthodox Jews often support Republicans, not only because they are more pro-Israel and tougher on foreign policy, but because they better represent traditional Torah – and American – values. If you win, will you represent these values in Congress or will you be more of a Rockefeller Republican – conservative on economic issues but liberal on social ones?

Everything really depends on the issue. I consider myself a moderate pragmatist. I do worry about the culture wars, and of course there are crazy tendencies in our society today, but we need to choose our fights. We can spend all our efforts talking about transgender bathrooms or we can focus on policies that would improve our economy, empower businesses, lower the tax burden, help parents afford yeshiva education, etc. etc.

I think there are many issues we can work together to solve, and I think getting too deep into culture wars is not conducive to that.

What often happens, though, is that a very small far-left minority winds up winning these culture wars because they have the support of the media and everyone else gives in because they prefer not to fight these “small” issues in an effort to get back to the “bigger” issues.

Well, on every issue I would definitely vote based on what I believe is the best solution, not based on any pressure deal.

You are trying to represent Orthodox Jews in Boro Park as well as far-left liberals in Manhattan. How do you win the vote of both these constituencies?

It’s an incredibly diverse district. It has Chinatown, Boro Park, the Upper West Side, Hell’s Kitchen, Ground Zero, and the financial capital of the world. But I think there are many issues that most people can get behind, and those are: keeping our city and county safe, putting in place the right policies for economic growth, lowering our tax burden so we can afford living in the city, and keeping admission tests for our best schools because education is a tool for upward mobility for underprivileged Americans and children of immigrants.

Isn’t the left against admission tests?

Only 16 percent of the people in the district support removing them. The majority is not on the far left where Jerry Nadler is. It’s much more moderate than he is.

The JTA recently ran a feature on the approximately 50 Jews running for Congress. It put the chances of you winning at “nil.” Is the JTA correct?

I don’t think so. I believe elections are no longer predictable. We haven’t run a poll recently, but we ran one in August which showed that the majority of people in the district prefer someone new like myself over Jerry Nadler, so that creates a clear opportunity for someone like me to come in and pull off an upset.

If you win, you’ll be the only frum Jew in Congress. How do you regard that prospect? One of great responsibility? An opportunity for Kiddush Hashem?

I think it would be an interesting dynamic, but my religious observance would have little to do with my congressional work. Obviously I wouldn’t work on Shabbat, but my role in Congress would be to represent my district. That would be my focus. 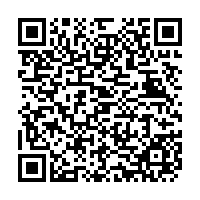